MIRE is a new project from guitarist Ryan Glisan (Pyrithion, Allegaeon) and Benton McKibben (Moth) who is also known as The Metal Farmer due to his love of growing veggies and microgreens as well as being a bee keeper and a mead maker at Neoteric Farms. MIRE’s new 6 song album Shed was recorded,mixed and mastered by Dave Otero and dropped on June 18th. Here is our chat with Benton McKibben.

You’re known in Denver as the Metal Farmer. How did you go from being the lead singer of Moth to farming microgreens at Neoteric Farms in Denver, Colorado?

Moth was a really great project but like many great projects it just didn’t work out in the end. I had already started growing massive amounts of organic veggies before that happened. When it did end I basically took all that time I was putting into music and put it into farming. I’ve always loved working outside and growing plants. That’s what I’ve done for the majority of my teenage to adult life for work and for fun. I wanted to go full time with it so started working with local restaurants and bars. I’ve refined and defined my business since, providing salad mix, Microgreens, doing honey mixed drinks, honey beers, etc. Anyone that knows me knows I’m a metal guy so I just came into being “The Metal Farmer”

Besides farming, you also are a beekeeper and make mead. What styles of mead do you make? How did you get into beekeeping? Where did your bees come from? Do you have any crazy bee attack stories similar to My Girl?

Haha ! Wow a My Girl reference ! I haven’t had anyone bring up that scene since I started keeping bees and that actually sort of surprises me. Bees kill more people than sharks. It’s serous business. A sting can kill one person where other people use bees for string therapy. It can help with arthritis pain and other pains. I don’t have any super crazy stories but I’ve done several removals. One was out of a construction site. I used a Sawzall to get into a wall they were in. They were not happy about it at all. Even with my suit and gloves I got hit about 30-40 times on my forearm. Later that day I thought my hand was going to explode it got so swollen. I’ve had other events where I’ve been hit anywhere from 20 times to maybe 40-50 times at once. It’s hard to tell after a circumstance like that. Most those instances where when I was starting and didn’t know what I was doing.

I got into it because of farming. I wanted pollination and to produce my own honey. You gain a relationship with the bees after a while. It’s pretty amazing.

As far as mead making, I make all kinds of types. Raspberry, blueberry, apple meads, gooseberry, etc. and then you add adjuncts like vanilla or cinnamon. It’s really easy to get into and easy to mess around with your recipes. You can have a one gallon batch ready in a month. Different honey will give you different flavors. A red apple juice vs a white apple juice mix will change things. If I could only drink mead all the time, I would. But it can cost some money for all that honey.

Most my bees have come from wild swarm captures or removals. They over winter and with care you build up your colonies and hive numbers over time. You can order boxes of bees but I think swarms are the best route for acclimated strong colonies.

How did you get into your work at Propagative Extensions? What does the company do within the cannabis industry?

Well, I’ve worked in the horticultural industry since I was 15 years old. Mowing lawns, irrigation work large and small, athletic fields, cut flowers, tree care, etc. I’ve learned tons about plant physiology and biology, chemical application, plant pollination and beyond. Along with that I’ve done equipment operator work, general labor and landscape work. All these things lined up nicely being in Colorado with the ever exploding cannabis industry. I left a job of 15 years to pursue it. At Propagative Extensions we do a lot of different work but specialize in equipment selection, install and maintenance. Rolling benchesC irrigation and fertigation systems, lighting analysis and checks, etc. We know the systems and their needs and if we don’t personally handle the projects with work with A level contractors who understand the unique scenarios in the industry. We offer other services such as site cleaning, landscaping and beatification. If you want to epoxy your floors to create an easily cleanable surface and do it bright white to up the PAR value, we can help with that. If you want to upgrade your irrigation system, we can help with that process. There’s lots of technical systems involved with these organizations and we help people keep that in order.

With your background in farming and cannabis related contractor services, do you have any plans to start your own grow in Colorado?

I don’t think so. I’ve grown cannabis and sort of had my fun with it. I’m more into helping others get set up to do it now and, if I am growing something it will be at Neoteric Farms, my urban farm growing food for people.

You recently announced that you will be starting a new musical project, Mire, with Ryan Glisan, former guitarist for metal outfits Pyrithion and Allegaeon. How would you describe Mire’s sound? Where is Mire going to fit into the Denver music scene and beyond?

Ryan is going to be using eastern scales on the upcoming album. How did you decide to go in this direction? Will this be a challenge for you vocally?

Ryan definitely has some awesome harmonic minor and Phrygian modes going in some of the tunes. I don’t think it was a conscious decision so much as just his influences and the vibe he shoots for. When I wrote on guitar in previous projects my songs always had a eastern vibe to them so I’ve loved the fact that he also has that feel to some of the songs. I wouldn’t really say it’s a particular challenge. If anything it might actually make it easier for my to write out sometimes as that’s the style of modes I used to and have always enjoyed working with.

Can you describe the influences behind Ryan’s guitar techniques and your vocal stylings for the album?

For vocals I’ve had a lot of different people I’ve learned from. It took several years of throwing my projections a certain way to really get what I think is my best sounds. I think Jens Kidman of Meshuggah definitely taught me some things about projection. I’ve listened to a lot of Decapitated, Septic Flesh and Gojira, Devin Townsend, etc. the last few years. Growing up I listened to Tool, A Perfect Circle, Alice In Chains, Radiohead, all sorts of other bands. I think there’s elements of all those bands and more in my style.

Dave Otero is rumored to be producing Mire’s upcoming album. How did you decide to work with him? How will his production style help Mire realize it’s full sound?

Ryan and I have both worked with Dave in the past. It’s no secret that he’s one of the best producers in the industry especially when it comes to metal. We did our recordings with him and he really helped seal it up and had great ideas for the final sound. It was a natural fit. Dave is really talented and identifies what’s unique about a band and helps bring that to its fullest. We also worked with Shane Howard at Sawn and Quartered studios, he really helped me with the demo development with songs.

Do you envision Mire remaining as a duo? Are there any plans to add more members?

It’s hard to say at this point. We definitely have a path we agree on and we both work well together to follow that path. It can be hard to find the right people to fit the equation sometimes. With that said, we regularly talk about the idea of new people coming in and helping us to build and grow to the next level. I think ultimately we’d really like to work with other people on a more permanent level and have other contributing full time members.

When will Mire’s first album be released? Can you give us more details? Will it be a full length or an EP? Any guest artists? Any plans to tour?

The album was just released ! We’re really happy about finally getting it out. It’s been a long time coming. No plans for touring right now. We’re curious to see how people respond and who might be interested in some live performances. I think we’ll do some shows eventually but nothing huge planned on that end right now.

Nothing at this time I’d just like to thank you for the interest in my business and music projects. They all sort of intertwine in a way and it makes up who I am. If anyone has any questions about urban farming, cultivation, bee keeping, etc. I’m pretty accessible through various media platforms. Thanks for the chat! 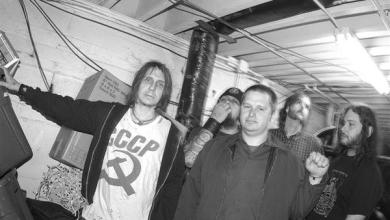 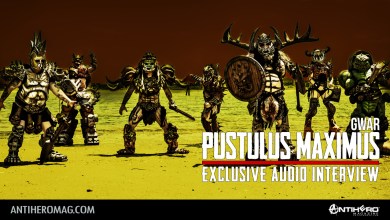 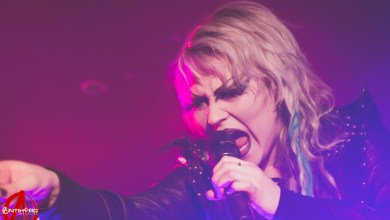 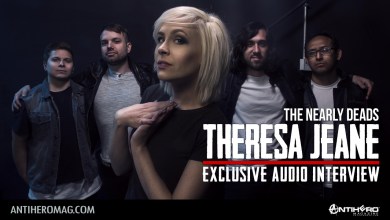