Heavy metal pioneers ACCEPT are back in the game with a new studio album! The record entitled The Rise Of Chaos, will be unleashed on August 4th, 2017. The band’s 4th studio release through Nuclear Blast will continue the tradition of its three predecessors – Blood Of The Nations, Stalingrad, and Blind Rage – with grandeur and precision. 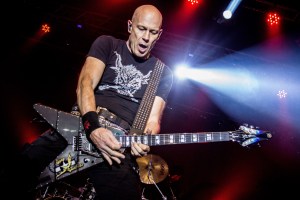 ANTIHERO: Congratulations on your 15th studio album. In what way does your new record The Rise Of Chaos function as an extension to your last record, Blind Rage?

Wolf Hoffman: No, not at all or yes – every album is an extension about something. But, we always have pretty different content and trying to be better without changing is second nature to us.

ANTIHERO: With two new members on board; how is the working chemistry with the new line up? Did it change the way the songwriting is approached?

Wolf Hoffman: Peter and I have been the songwriting team for the past 40 years – nothing has changed and never will. We found what we were looking for as young men and we are very secure and happy together. This does not mean in any shape or form that other musicians are not talented or even more talented than we are – not at all. But, over the decades, we grew together. Joint at the hip on stage and complementing us in songwriting, that we are sure not very experimentally curious. We love what we do and the fans seem to be happy with it. Our fellow musicians have many inspiring aspects – are totally at ease with the formula and are a great part of our happiness and chemistry is overwhelmingly positive!  Life’s circumstances always change and we never know what is coming. But, we feel pretty secure and pumped up right now! And who could have known, that Peter and I were going to be together after 40 years! Could have been a week … but 40 years? That is something!

ANTIHERO: On this album were there any songs that came from older ideas, or was it all newly written?

Wolf Hoffman: No, we do not work like this. We do not have leftovers because we quickly find out whether it is worth to dive into – not necessarily without struggling about it. Nevertheless –  we very soon have a collection of songs and that is what we focus on. 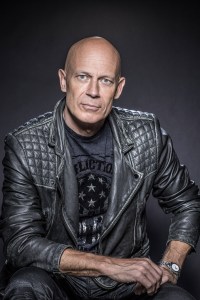 ANTIHERO: When you are working on music, how many hours do you spend working on riffs? And how long do you work on music before you show it to your fellow band members?

Wolf Hoffman: VERY LONG. I am a perfectionist and believe me, my own worst enemy. Composing is fast, executing is very, very long and painful. It helps when we have deadlines and that makes me stop at one point – otherwise I would still work on the first album I ever did! I am terrible when it comes to that.

ANTIHERO: What was it like working with Andy Sneap again? Did he bring anything new to the table or did you pick up where you left off?

Wolf Hoffman: He has grown into ACCEPT and we are so used to him. It is such a smooth sailing with him that we totally are looking forward to being with him again. Not meaning, that we do not debate and argue about things, as we think that is his duty. But all with best intentions.

ANTIHERO: The lyrical contact on the album seems somber and dark. Was that intentional?

Wolf Hoffman: No, but THE RISE OF CHAOS is by nature not a happy dance, isn’t it? We see the struggle in the world and not everybody ignores it. We have a history of talking about things others don’t and consequently controversial themes are not always getting everybody’s approval as it should not! As long as we make people think – we have accomplished what we are aiming for.

ANTIHERO: The artwork on the album is very striking and very different from what Accept has done in the past, what made you choose such a cover design?

Wolf Hoffman: Yes, we tested that with our stage set on tour. We had a clear plan. If this is going to be accepted, we will have it kind of destroyed – to give THE RISE OF CHAOS cover a feel into the direction of natural disasters or even man-made ones. Guess we got that – we got high remarks for the stage set and now for the cover. Could not have worked out any better for us.

ANTIHERO: In your career what was the moment that stands out to you when you felt Accept has made it?

Wolf Hoffman: We are still waiting … for that feeling 🙂

ANTIHERO: Besides Accept, you have a career in photography. How has that impacted the band visually?

Wolf Hoffman: Not at all – I am not the one who is responsible for our image visually or on stage – since the early 80’s… we have our very own “specialist” 🙂

ANTIHERO: What is your message to your public?

Wolf Hoffman: We can’t wait to get back on stage and we start touring around the globe with the grand Wacken show. As always, we need our fans to make us rock! And together, we will do just that! See ya soon.

ANTIHERO: Thank you for taking the time to answer my questions, all the best to you for the upcoming album. 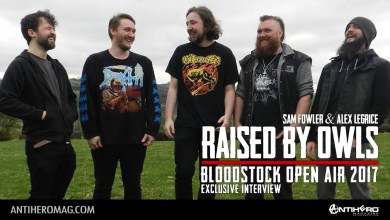 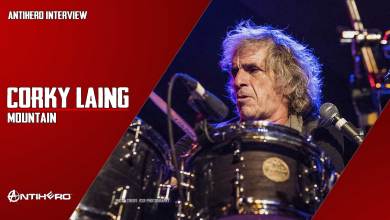 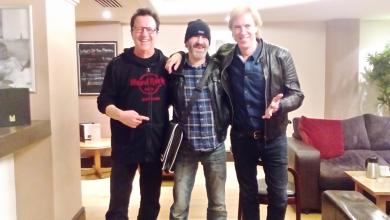 Interview: Herman Rarebell and Francis Buchholz of TEMPLE OF ROCK 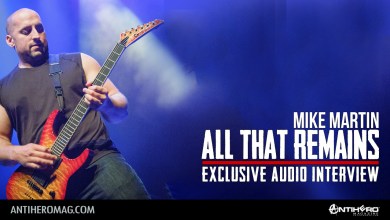 Interview: Mike Martin of ALL THAT REMAINS