Why is now the right time for the band to achieve apparent “overnight” success (after 10 years) with the Bloodstock Jagermeister Stage headline slot?  What has changed?

Because for the previous ten years we have had a lot of upheaval in our career and finally we had some stability where we could focus on something and see it through to the end.

How would you sell the band to someone that isn’t too familiar with the band? What would be your sales pitch?

Two Tales of Woe is part sludge, part doom, thus creating a genre of one if you will…. SLOOM, heavy crunchy melodic riffs, with clean catchy vocals, also some well-placed heavy growls, imagine if Kirk Windstein, Brann Dailor, Billy Gibbons, and Phil Lynott were able to concoct a special drink…well, we would be the band to represent that tipple.

What were your thoughts prior to the Bloodstock set? Did it live up to all expectations?

Yes, it 100% lived up to our expectations and more! It was the best weekend of our lives. We just done our best to soak it all in and even though we were enjoying ourselves we were still using it as a learning experience. We got a huge crowd for the Jagermeister Stage and the sound was perfect, and just all the support that was shown to us over there was amazing!

What are the bands individual first musical memories-maybe a song heard on the radio/first gig /first album owned?

Kelvin: I clearly remember buying Toxicity by System of a Down when I was younger and putting it on in the car on the way home from Dublin, and my dad nearly crashed the car. He had never heard “heavy” music before and it was hilarious!

Carl: My uncle brought me home a copied version of Iron Maiden’s Live After Death and I never looked back, then it was Master of Puppets by Metallica, and South of Heaven by Slayer.

What would be the band’s individual “guilty” musical listening pleasures?

Kelvin: It would have to be anything by Phil Collins! He makes my brain happy!

Carl: I love the Bee Gees, so anything by them works for me, but my favourite album of all time is The Kick Inside by Kate Bush…. Classic.

Apart from your own set at Bloodstock which other bands did you enjoy seeing over the weekend?

All of the Irish bands really knocked it out of the park! Psykosis, Ten Ton Slug, Zlatanera, The Crawling, and Rabid Bitch of the North! So proud to have been a part of the Irish delegation. Another highlight of the weekend was Boss Keloid. Those guys are amazing and, of course, Twisted Sister and Akercocke.

Yes, 100%! We have received so many motivating and positive comments over the past two years and it’s only fuelling the fire! We spent Bloodstock making many connections and we have some UK gigs already sorted for the end of the year/early 2017 and we’re going to go for Desertfest, etc. Then in between all of the gigs we’re going to knuckle down and get our new EP out to our fans hopefully in the early new year also!

Outside of music what spare time interests and hobbies do the individual band members enjoy?

Kelvin: For me, it’s drawing and illustration. I’m currently in the process of setting up my own website. But basically anything to do with art I love!

Carl: I also play in another band, The Sacreblues Band. I play percussion and do backing vocals, we are a French/Irish country/bluegrass type thingy…really cool.

How has the music industry changed, both pros and cons, since the band first started out?

Carl: Well, it’s a lot easier to make your music accessible to a much wider audience, thanks to social media and all the different music programs like Spotify, etc. But also on the flip side it lessens your chances of making money from your actual recordings, so now from what I can see, bands need to tour and sell merchandise to make music as a source of viable income.

Finally, if the roles were reversed and the band were to interview someone else, who would you choose and why? What would you ask them? Maybe a personal inspiration or hero?

Carl: I would love to interview three people, Henry Rollins, Tom Araya and Kate Bush. All very interesting people and have influenced some aspect of my musical career at some point or another 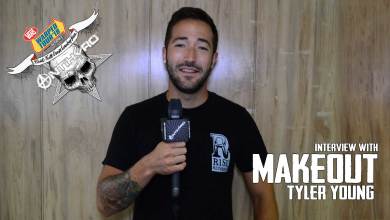 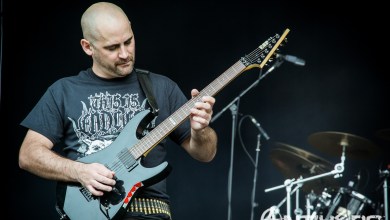 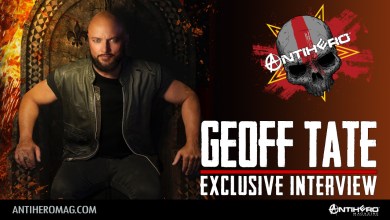 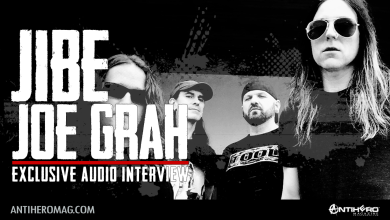