When old rockers refer to Motörhead’s best period it usually means the classic trio lineup of Lemmy, Fast Eddie, and Philthy Animal. That era saw the release of the Motörhead Overkill, Ace of Spades, Bomber, No Sleep ’til Hammersmith, and Iron Fist albums, plus a string of hit singles to their credit. Fast Eddie sadly is the only surviving member of that classic lineup. In a touring bill which passed through the UK last month Eddie’s post-Motörhead band, Fastway, sandwiched two classic bands which have still been also around since the eighties Saxon and Girlschool. I had the opportunity to have a chat with Eddie post-soundcheck in Manchester ahead of the evening’s show.

I thanked Eddie for taking the time to chat to me in a busy schedule not helped by his current widely reported health problems.

The Shadows were probably my earliest memory but I didn’t follow up and get a guitar or anything, Cliff Richard as well.

Was that something that was played in the family home?

Well, my sister was older so she sort of was doing it all and I was listening in, you know.

What about at school, did you have a keen interest in music there?

Once I got to about 12. I was playing a bit and I started learning around thirteen, acoustic first.

And we had this kind of situation where we all sat around this one guy who taught us a song “Summertime,” and I would learn it for three weeks and the lyrics, and then I remember then coming on down and saying to my folks “I am ready then.”

So, give them a rendition. So, that was where it really started. About two years later I got my first electric – well, it was about a year later. I got a Watkins Rapier. Fifteen quid and my dad bought it for me. He had a win on the horses. It was magnificent black, shiny, and I had that for quite a few years. Of course, that was all developing then and the Yardbirds had come out with Eric Clapton. He was fantastic, and the Yardbirds were out of this world. Then he left the Yardbirds. I left school and I had to get a job. I had a little amplifier and it kept blowing up. So, I left school at fifteen. I went for this job – a TV job fixing TVs. The guy said “why do you want the job”? I said, “I want to know how to fix my fucking amplifier because it keeps blowing up!” (laughs)

Yeah, and he said “that’s good then.” So, everything was all about playing a guitar really.

This tour sees you out playing live again? How has that been so far?

Well, you know since Lemmy died that really upset me. Obviously, it upset a lot of people because it was in the middle of the Saxon – Girlschool tour, which I was supposed to get up in Hammersmith for two nights and have a go with Lemmy. It was two or three songs, if he was up for it. He was up for it because I spoke to him about it. That was kind of snatched away. Steve is Saxon’s agent, so I said to him look “Maybe we should try and do something.” A couple of months later he came back and said that he had a chat with Biff, and he said “I think that we can do something.” I asked if we can get Girlschool. He was working on that with Biff and I think that it was about April that he said it’s all going ahead and we are going to do it.

It’s a bit like an old pals tour really?

That’s exactly what it was. It was in the memory of Phil and Lemmy. Biff was obviously a great friend of Lemmy’s. We were all such great friends back then. It’s in honour of Phil and Lemmy. I am a little… My health is not what it was, you know. I have got emphysema and I can’t breathe very well, and it’s quite hard for me. Fortunately, we have only got forty minutes and for me it’s a long forty minutes. It’s fun as well because seeing the kids afterwards and all that. I just wanted to touch it one more time.

“Of course, I never really got over it.” – on his exit from Motörhead

Looking back, Eddie, what would have been your greatest regret?

I could have loads of regrets. I mean my demise in Motörhead came about in a strange way which I will not go into now but I am sure that it’s well documented. But in a way, I don’t regret that because I think it happened. Phil wanted to get Brian Robertson in the band and I found out later, so I mean…all the cards were stacked against me, so it’s not really a regret. It’s an unfortunate thing that happens, but these things happen, you know, in rock. Of course, I never really got over it.

Yeah, the best years of my life were in Motörhead and what we did together I think still stands the test of time. So yeah, obviously, some of that can’t go away. I can’t call it a regret because this stuff does get all fucked up when you are on the road for six years. You are all partying and taking drugs and writing music – it can get quite serious and quite difficult. So yeah, that’s probably my biggest “regret.”

Any thoughts of penning those memories in a book?

People have asked. Of course, since Phil and Lemmy died the phone started fucking ringing, you know, “how about doing a book.” I want it to be honest. I’m still holding off now. At first, I was saying oh yeah I will do a book I will do a fucking book. Now I have had a bit of time and I have got over their death you know. I was in shock really. I knew Lemmy wasn’t well and I knew Phil was dying. But you are always hopeful, ain’t ya? Book – maybe – but the way I feel right now probably not. Never say never.

Looking back at your own personal musical legacy how do you feel?   Any of your albums that cause you to question them in hindsight?

Well, with Motörhead every one was a chapter, you know, Overkill, Bomber, you know, Ace of Spades, they all had a defining time you know. it was also as we were getting over the problems we were having with management. So, the first Fastway album I think was a fucking classic. I loved it because it was all my pent-up stuff.

Are you still in touch with Pete Way?

Occasionally, but he has got his own problems. We stay in touch on Facebook and that. But the other album that I think… the Eat Dog Eat album I would have liked to have been the second Fastway album. All Fired Up was OK. There were some good tunes on it but the production I thought was lacking. I thought some of the tunes were a little bit uninspired, shall we say. But Eat Dog Eat – I love it, itkicks arse and Toby sings like a fucking bastard on it.

Did you find fame and all that went with it difficult to deal with at the time?

Nothing changed for us because we never had any fucking money, really we had enough to… we didn’t need any. Because we were on the road, food, etc. – everything was supplied. It is just one of those things, it just builds up as you become more popular. It just builds up, and of course the management and the record company keep you. We didn’t have any time to spend anything. We never wanted for anything.

You also had a very strong work ethic with albums being delivered far more regularly than these days.

Yeah, you were fucking busy… We did Overkill and Bomber in the same year. What was popular and what you could do in those days. It was supposed to be one a year but we were doing quite well.

Who would have been the most inspiring musician you’ve ever worked with?

Hmmm… I suppose Lemmy, really. I mean, we had a great writing thing, me and Lem. We really did write some great tunes. I used to come up with the riffs…

It always seemed to me more like a family than a band.

It was really, we were brothers, you know. That’s why when the breakup happened I didn’t fucking believe it. I was in shock, you know. I think that it had to happen. I don’t know why…

Do you feel that having that ex-Motörhead label hanging over your head from then on hindered or indeed actually helped your subsequent career?

Well, at first it did with Fastway. I was quite fortunate because I did a tour in England, and it didn’t do that well and the record wasn’t that well received. I think that a lot of the Motörhead fans had the fucking hump with me because I wasn’t in Motörhead anymore. From that point of view I was damaged but what happened was that the Americans heard the b-side of the single and they said “come over here. We want to hear you.” Of course, I had two very good years in America, which was nice because Motörhead were not big in America, so I lost all that tag. So, it was brilliant. I was fucking lucky. I have been quite lucky you have to say.

Eddie, just a couple of questions to finish on. Outside of music do you have any spare time hobbies, pastimes, or interests?

Music most of it. I have a little dog that I walk. Everything is music and guitars, really. I do a bit of gardening, a bit of DIY, just to keep my hand in. I have got my studio at home, so I spend a lot of time in there fixing about.

Just a final question, Eddie. Who would you like to interview if the roles were reversed?

What’s next for you?

Well, I mean, I must get this health thing sorted out, but it’s not looking good. I am 66 now, so I may not be able to carry on. Well, at the moment the way I have been feeling over the last few days I am having a fucking terrible time. This breathing thing. There is some treatment that I have been looking at, I am thinking of putting all my money into this treatment in having an operation on my lungs. It might not work. If it works, with a bit of luck, if I could just get back maybe 10 percent…I am down to about 25% now. If I could get 5-10% back I would probably be able to play again. At the moment all that is up in the air. 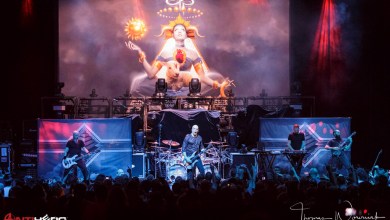 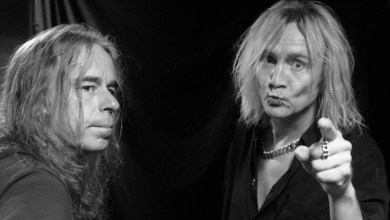 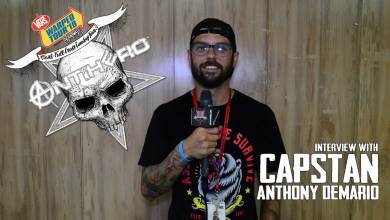 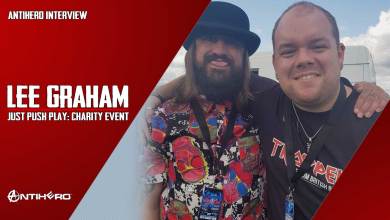