Drugs Delaney spill their guts about the origin of the band’s name, the new album Black Knight Satellite, and just plain funny stuff

Do not let the name of this band fool you, they are not some stoner jam band. There is nothing about them that resembles the Grateful Dead or Phish. The Peoria, Illinois foursome are more like an Aerosmith/Bush hybrid. Their style is a complex blend of Alternative and Rock, but their stage presence is reminiscent of Genesis with a touch of Cheap Trick. They are a tight-knit group that obviously have a deep-rooted friendship that connects all four of these musicians.

I got the absolute pleasure of hanging out with Drugs Delaney and picking their brains before they took the stage opening for Another Lost Year. I knew I was in for a wacky Q & A when lead singer Andrew floated into the green room wearing aqua blue plastic rimmed sun glasses and a faded sleeveless shirt with the likeness of Ziggy Stardust on it. I have encountered bands that are hard to keep on track, but not that made me laugh as music as these four cats. I jumped head first in to interview, inquiring where their name came from. “I got the name from a Farrelly Brothers movie that came out in 1999, titled Outside Providence.” Andrew, lead singer explained, “There is a character in that movie named Drugs Delaney, I love the name and loved the character. I thought it would be a perfect name for a band.” I asked the guys if they all just went along with the name and how the formation of the band came about. Bass player Adam replied, “Andrew and I were in a band prior to this one. We were a three-piece, then things shifted and we added Nick, then Dylon.” Nick added, “It seems to be working out pretty good so far.” 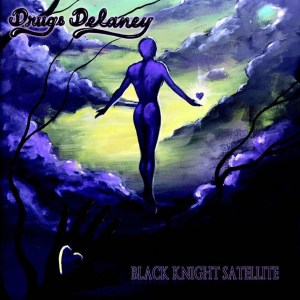 I moved the discussion right to what was obviously the band’s favorite subject, their new album. “Yeah, we have a new album coming out on July 1st on Mirage M’hal Records. The album is titled Black Knight Satellite, and it marks a new phase in our career,” Andrew proudly explained. “We will be touring to support the new album, probably up until December.” Adam added, “December through March are kind of shit months to tour, so we would rather be home with our families.” I asked where the tour would cover and Adam explained, “We have about 12 dates that are locked in so far, and we are adding dates constantly. We are focusing mostly on Illinois, Iowa, Wisconsin, Indiana. We are hitting the Midwest as hard as we can.” I asked if Black Knight Satellite is their first album, and Andrew explained, “We did an EP a few years back, but we only had about 500 copies made. We used to have it for sale online, but now with our new album coming out, we are no longer making the EP available. We want to put all the focus on Black Knight Satellite.” Adam added, “It is going to be seen as a collector’s edition, kind of like Garage Days from Metallica.”

It was getting to be time for the Drugs Delaney boys to get their asses on stage, so I handed out the stupid question cards. As always, I hand each band member a random card and they must read the question aloud and answer the question. We started with bass player Adam, “Whom in the band is most likely to not wear underwear? Although I do not know the underwear habits of my bandmates, I would have to say it’s me.” Adam laughed, “I let it all hang out. It depends on what day of the tour we are on.” Andrew interjected, “Dude only does laundry like once a month!” Andrew, lead singer, read his question next, “Which band member would be most likely to visit a prostitute.” He laughed so hard I swear he snorted. “Sadly, once again the person reading the question is the one that is most likely to do this. I’d say me, I am the most adventurous person in the band.” Adam interrupted, “Don’t say you would be most likely to man, it would most definitely be you!” On to guitarist Dylon, he didn’t want to read his question out loud at first. “I’ll just say a horse,” he stated. His band mates were not going to let him get away that easy, and after some coaxing he read his question, “What animal would you say your private parts most resemble. I’m very well endowed so that’s why I say a horse.” Adam stating neighing and Andrew yelled out “Wilbur!” Adam added, “Call him Mister Ed.” Last question belonged to drummer Nate. “If you were a porn star, what would your porn star name be? Andrew Smith.” Andrew, whose last name is Smith, laughed, “Nice, Gee Thanks!” “What? That’s a great porn star name!” Nate laughed.

By reading this interview I hope I gave you a little bit of an insight into why these four guys are going to be monumentally successful in their journey as a band. All four of them are personable and genuine, plus their individual talent is beyond reproach. Drugs Delaney put on a fantastic high-energy show, filled with songs from the new album and a couple of really tasty covers. The band is relatively new to the tour scene, which means they are playing the smaller venues. This is great for you dear reader. Now is the time to catch a Drugs Delaney show while they are still gigging in small venues where you will get the best view of the band and can actually meet the guys and interact with them. The band just had their album release party and are now hitting the road to support Black Knight Satellite. I have included the links below in order to help you get a good dose of Drugs Delaney. 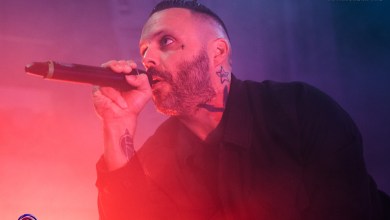 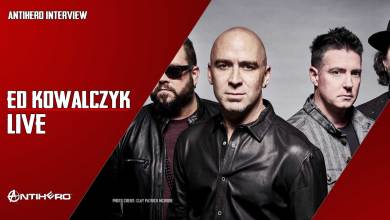 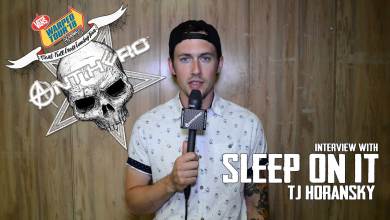 Interview: TJ Horansky of SLEEP ON IT at Vans Warped Tour 2018 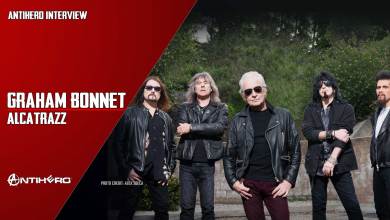