Thank you for taking the time to do this interview. How are you doing?

Same. So moving right along. Looking back at the recording process, after you were done with the record, Brotherhood of the Snake, what was the first thing that you did?

After we recorded, we jumped on a plane to go to Europe. Literally, we were in the studio up to the last day until we flew out for Europe. That was a good day because we were trying to get this record done for so long. When we were finally done it was like, the pressure’s off. Whew. Finally, we’re done. Now for the easy part, just get to go play. It was a good feeling.

Touring is the easy part?

Speaking of lyrics, what made you do an album with the subject matter the occult, the unknown, the alien astronaut hypothesis, and ancient secret societies?

In the past, we wrote more things that are personal and real. This one, I know Eric wanted to create an image or a storyline or something to base it off of. Originally, I had this little fascination between aliens and religion and our different cultures that have documented sightings of alien beings or flying ships through the sky. It fascinated me how the connection was between all these sightings.

I came across the story of the Brotherhood of the Snake, which is basically a story about a secret society that was started over 6,000 years ago. One of the oldest secret societies. They go around on a crusade to devalue other religions as false religions and what they believe was that a god, or king, or leader, basically, created humanity to serve as slaves on the planet to mine for its minerals and gold. That made the aliens and religion connection and the Brotherhood of the Snake – a secret society, which, to me is like politics and high power, big business. It all tied together and I thought that was a good thing to start rolling some lyrics on the story about. The Brotherhood of the Snake, Eric liked the title just because it is like a brotherhood. The word brotherhood was fitting for us. We’re around with our band right now, creatively, and everybody’s real comfortable, in a good spot. It is a brotherhood, it just fit.

Eric once described this record as the band’s Reign in Blood. Can you weigh in on that? What is your opinion?

I don’t know about that. I just think that it’s definitely a record that stands out of our other records. I think a lot went into the creation of this record, as far as not just being an easy record to write, record, and do. It was a lot of emotions and tension going in the creative process of trying to get this record done that made it a little more special once it was done and we realized that these songs really came together.

What was one of the hardest songs to write and record?

I would say the song “Black Jack.” I wrote that song four times. It had four different lyrics, four different melodies. I just wasn’t quite happy with the performance. You hear it in your head and you go to record it, when it’s just not right, it’s just not right. I just couldn’t live with it and struggled in the studio. Messed around on the spot and found some of the new melodies and then found a new hook, vocally, and went with it. That was probably the toughest one because I have so many creations over the last year.

Being one of the kings of thrash metal, what are your views on thrash music today?

I’m glad there’s a lot more bands coming up over the years that are influenced by thrash music, to actually keep writing thrash style songs. I’m glad people are still driven by that. I don’t see it being the same as it was in the 80s, or I don’t think it’ll ever be like it was. A scene as close as it was then. I think it’s good to see that people are still holding a flag for that.

Do you listen to any of the newer thrash bands? If so, which bands? If not thrash, what are you currently listening to?

I listen on Sirius radio so any newer bands that are coming up, I hear on the radio. I haven’t really gone out and bought much CDs or go shop for them, I kind of just listen to what’s on Sirius, really.

If you don’t mind me asking, being a Pomo Native American, it has been in your history to write intense songs like “Trail of Tears,” “Allegiance,” and “Native Blood.”  Are there any songs on this record that discuss the Alien and Native American connection?

Not on this one, no. It’s all based on the planet and war. That’s a little more personal, those kinds of songs. They didn’t make it on this record.

In 2014, you did some guest spots on the latest albums from Exodus and The Haunted. Will you have time, for the remainder of the year, to do any more cameos?

(laughs) Yeah, if anybody asks… Get ahold of me!

Importantly, what do you do to prepare before you embark on tour?

Before a tour, I definitely have to build up my wind capacity. I tend to try to jog or ride my bike a little more. Get my lungs, my wind going. That’s the main thing. Stay up later at night because they’re later nights when you’re out on the road.

What about vocal exercise?

I do that before a performance, an hour before the show I’ll do an hour’s worth of warm ups. One of my instructors, over 30 years ago, gave me a warm up tape I’ve been using religiously for over 30 years.

Wow, you performed all over the world, different kinds of venues and stages, do you ever experience stage fright?

I get nervous the first show of every tour. After the first show, then I’m good. Always the first show. It’s just the voice because your mind thinks, “It’s night 1 of 30 dates.” Psychologically, you’re preparing. You just want to get through that because, usually, in your first couple shows you usually sing out your voice. You can rehearse all you want but when you get to the live situation, you tend to sing harder. You always end up a little hoarse after the first couple of shows.

Do you have a favorite country, city, or venue that you love to perform in?

I have a lot but they all have their own place. Japan is great. I love Australia, great crowds. There’s so many now, we’ve been doing it so long and played at some great festivals. There’s great people and crowds everywhere now.

Are there any countries that the band hasn’t traveled to but you really want to visit?

Yeah, I haven’t got to New Zealand yet. That’d be kind of amazing. We went to Australia but didn’t make it over there. Iceland would be kind of fun, to play somewhere like that.

What do you do when you’re not on tour?

I try to stay busy with a management company. I started a management company over a year and a half ago. I have two partners on the east coast. It’s a lot of phone conversations, staying busy at that. For my own personal recreation, I do a lot of boating. I enjoy the water and the sun.

Oh nice… Is there anything you want to say to your public before we end?

No, just that we’re very proud of this new record. All the tension and stuff we went through to get this record out maybe was just something that had to be. I think our Testament fans will really enjoy this record.

Thank you so much for taking the time to speak with me. I’ll be sure to download the single from iTunes tomorrow.  All the best to you and safe travels.

Thank you so much. 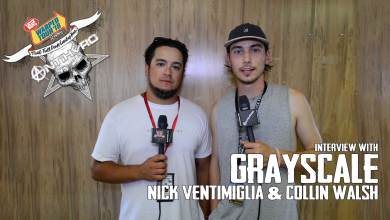 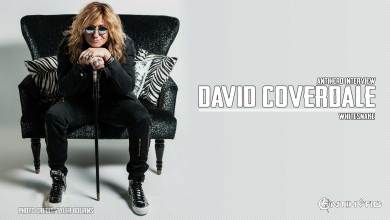 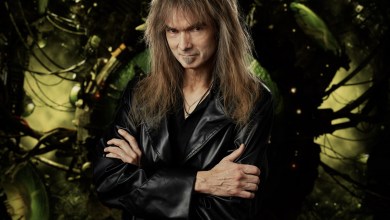 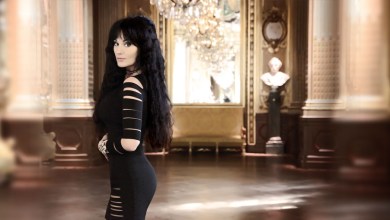