Antihero: I wanted to start off by congratulating you on Deathgrip. All of us at Antihero feel it’s the band’s best record yet.

Antihero: Deathgrip has set the bar higher for Fit For A King and showcases the true potential of the current lineup. Can you describe the band’s evolution over the years in terms of songwriting? How would you describe your own personal growth as a songwriter?

Ryan Kirby: I’d say more than growing as songwriters, we have just grown closer as friends. It’s the first time we had the same lineup going into a consecutive album!

Antihero: For the first time, a lot of the lyrics on Deathgrip seem less personal and more societal. What prompted this shift, and is it something we’re likely to see more of in the future?

Ryan Kirby: For a while it bothered me how many awful things happen around the world and don’t receive any attention, so we tried to address some of it. But the new album will be a lot more personal!

Antihero: Your vocals on Deathgrip seem a lot more powerful than on previous releases. What did you do differently, or learn in between the previous record and this one?

Ryan Kirby: Lots and lots of touring and practice. I am my biggest critic by far and I always think I can be doing something better or different.

Antihero: The production on Deathgrip is also a lot fuller than previous FFAK records. How did you choose Nick Sampson as producer and what did he bring to the record’s sound?

Ryan Kirby: He is a guy that’s our age and was hungry to do an album, and that’s exactly what we wanted. He was huge for the album, especially the choruses and production.

Antihero: Are there any elements of Deathgrip that really stand out to you as what *makes* the album? And what elements of the record do you feel we’re likely to see continue to the next album?

Ryan Kirby: I think the heaviness definitely stands out, and that will definitely continue.

Antihero: Knowing you guys are based in the Texas and have a diehard following throughout the region, how different does it feel playing shows on the coasts compared to back home? And considering the cost involved, is it harder to tour in markets outside of your region still?

Ryan Kirby: We have no issues financially with getting to different cities and playing at this stage in our career. And surprisingly, our shows maintain a level of intensity close to or surpassing Dallas in almost every city we play.

Antihero: You guys are playing the entire Warped Tour this year. How do you choose a touring festival setlist, as opposed to an opening or headlining set? What considerations do you take when picking a set?

Ryan Kirby: We definitely pick songs that will be the most fun for people that aren’t necessarily familiar with our band.

Antihero: Do you guys have a favorite venue you just love to play at every time? If so, tell us about it.

Ryan Kirby: The Palladium in Worcester, MA is always an amazing time.

Antihero: What type of tunes do you guys listen to in the van while touring, and what’s been inspiring you lately?

Ryan Kirby: A lot of country gets played in our van. I lean towards rock, rap, and a little bit of metal.

Antihero: If there was any one band you could choose to play a show or tour with, who would you want it to be and why?

Ryan Kirby: I’d love to tour with Slipknot. They’re about as big as it gets for our world.

Antihero: On the flip side of that, are there any up-and-coming bands you guys think our readers should know about? Bands you’ve played with or heard that we should watch out for?

Ryan Kirby: Definitely check out Backwordz and Kingdom of Giants!

Antihero: Is there anything else you would like to say to our readers that we have not touched upon?

Ryan Kirby: Thank you for taking the time to read this! 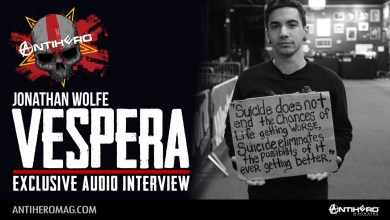 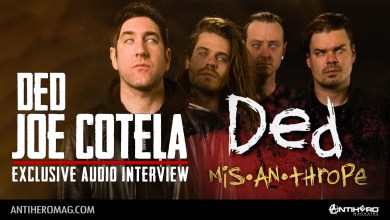 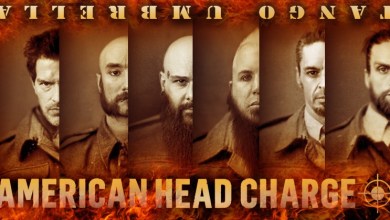