So tell me about the new single “Bad Reputation,” man.

Yeah, man I’m excited about it. I think, for us, we’re ready to come back and just make some noise, you know? Every now and then I take time between making albums and try to stay busy. But we had to hunker down, get in the studio and make this record. We’re looking to come out and create a buzz, and I think “Bad Reputation” is doing that. We are getting people prepared for us to release the record.

Yeah, and it’s a really good tune, man. I mean, I’ve been listening to it since your publicity guy sent it to me, man. I really dig it. I can’t wait to see you guys. You’ll be in Kansas City on February 11 at Aftershock.

Yeah, it’s going to be great man. We’re having a great response to the song, man. And it’s just like you said. It’s becoming people’s favorite. I really like that. You always want people to react to that that way. It’s something you look for every time you create a song, or an album, or anything you want people to respond well to it.

I agree 100% that it’s time for you guys to headline, you know? And you guys are releasing Getaway on February 26th, right?

Yeah, you know it’s always scary in the business locking in a date and you never know exactly what’s going to happen at any time, but we set February 26 and that’s what we’re looking at.

Things should be a lot easier this time since we’ll control a lot of our destiny at this point. But you’re just hoping to make sure that everything’s right. Everything’s exactly what it needs to be and that’s more important than anything, because people are going to be … music is more accessible than ever nowadays, and people are going to know when the record comes out. When they hear it, I want them to love it.

Absolutely, and I think just from the success that you guys have had on “Bad Reputation,” I can’t imagine this album’s not going to be a success, you know?

I think anytime you see the reaction that you’re seeing, that’s a good feeling. Anytime you’re seeing something good happen, it always puts a good aura around everything.

We want to be back on the biggest tours and we also want to go out and make a statement. People in this business always forget that you’re always a song, or an album, or you’re always just one move away from really expanding and really being heard.

Right, yeah and it’s about time, that I think, you guys pick up a lot of national buzz. I think it’s going to be good for you.

Our only goal is to have more people, maybe who haven’t heard our music, or people who have, we just want to connect with everyone that’s in the audience out there and we feel like we’re really doing that and it feels good.

Right, well, I think so and I tell you Kansas City will be a really good prognosticator of what it is going to be like for you.

I expect a mob, man. To be honest with you, I expect to show up there and people are outside the building, trying to get in. That’s what I envision for Kansas City. That’s what I think of when I hear of the rock scene there. I know the expectations are great, but we’re coming to a great city. It’s going to be the best night these people are going to have.

I think that’s the main reason that we’re able to kind of change the small things. We’re doing things definitely a different way, in a way that’s so unique, and we’re able to do that because the fans are so great. We have this army of fans all over the country, hopefully all over the world, and we’re trying to make that grow and do something great together.

Well, anytime you get to be in a studio with your friends and you’re creating something that … you want to be where you have this picture, you try a different avenue, you go on tour. Recording a record is the fun part, grueling and hard, but it’s also very fun. You play great shows; you meet a lot of people.

When you’re in the studio, it starts there and starting there, kind of lends fire for everything that is to come and you’re there with your friends and you guys are have a good time and there’s really no rules.

Actually, when I’m in the studio recording, eating good … What other job can you go to where you can drink a whole bottle of wine while you’re doing it? It’s just little things, man. It’s just the little freedoms in this world that you want to enjoy while you’re feeling your best. I don’t want to go somewhere have to clock in, clock out. I like to do whatever I want whenever I want.

That’s why being a rock and roll musician is a fun thing. If you want to step out and smoke a joint and then finish the rest of your day, you can do that if you want. I think, that’s a small thing … I think the freedom of how we get to lives even though it’s a … I can’t stress enough that it’s a fluent process. We’re driving 24 hours right now to Dallas. Travelling is grueling, but it all makes it worth it when you show up to a city and it’s a packed house and the people ready for a great show. That’s the way we do it. And that’s a throw down. We throw the fuck down.

Yeah, you do and we totally appreciate it when you bring a show like that. I’ve been a part of that recording process on the tours. I’ve been down the mid-western states, man. And when you’re locked in a van, or a bus, or a truck with your five best friends and all your gear, it’s an amazing environment.

Well, I’m not going to keep you, brother, because I know you guys are looking for some coffee and I appreciate the interview.

Thank you, I appreciate it, man.

Good luck on the Bad Reputation Tour and the release of Getaway, man, and I will see you personally on February 11 at Aftershock, brother.

I look forward to seeing you there, my friend. I’ll see you.

All right, Rick, thank you. 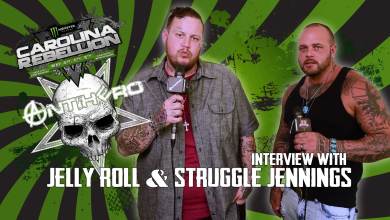 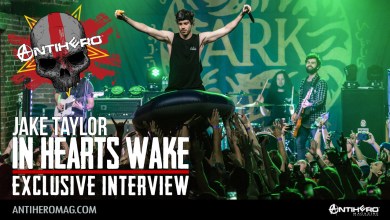 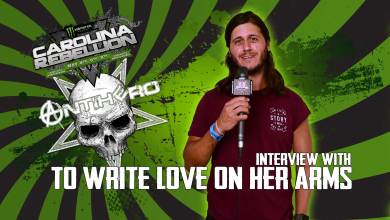 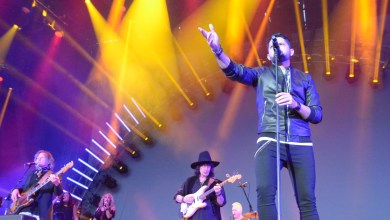 Interview: Ronnie Romero of RAINBOW and LORDS OF BLACK