ANTIHERO: Good evening Mark, cheers for chatting before tonight’s show. From a sunny Hellfest Festival in France last weekend to a grey Friday night in Manchester. How was Hellfest, and how did you feel about getting that booking which predominantly is a heavy rock festival? You must have good booking/good management, or are just persistent.

Mark: Yeah, because we are under contract with MAD tour booking from Germany, they’ve mainly got hardcore bands on the roster but us they’ve got us and Lions Low and now and again they push one of punk bands Lions Low played last year and we played this year but we don’t mind sharing the stage with different bands, you know, it’s always good experience getting new fans, you know.

ANTIHERO: There also however seemed to have been quite a few punk bands on at Hellfest also?

Mark: Yeah and so a few years ago we played with Full Force another metal festival not as big as Hellfest but yeah, it’s great I love metal fests to be honest because there’s always great organisation, great equipment, you know, lots of people so I don’t mind playing for a different audience you know, now and again.

ANTIHERO: It presents a bit of a challenge?

ANTIHERO: So, did you get to stay over the weekend for Hellfest?

Mark: Yeah, we stayed two days. We stayed over Friday and Saturday so we got to see Aerosmith…

ANTIHERO: So, Aerosmith? Is that a guilty musical listening pleasure? Certainly, poles apart musically from what you do in Booze & Glory

Mark: No, it’s one of these bands I would never go to see, but it’s like if they’re there I’m going to go and check them out, you know? Apparently, it’s the last tour for them, so.

ANTIHERO:  You seem to tour a lot, I mean you played recently the States, Mexico, after these dates you’re in Poland and Germany. How do you get about? Because a lot of bands that I’ve interviewed, they say it’s too dear to go to all these countries, too expensive.

Mark: Well yeah, the American tour cost us loads of money because it was our third time in America. But this time we decided to do it properly so we get the artist’s visa and you know everything, you know? Because before we just took a chance and just flew there with no instruments, but from now on we decided we had to do it properly because if we get caught, basically we’re screwed for, you know.

ANTIHERO: Yeah, so how do you generate the income say, for a tour? Do you ask fans to help, like a lot of bands?

Mark: Yeah well, from this year we decided to sort of take a risk and go full-time band, so we all left our jobs last year, end of last year, and then sort of, “yeah let’s go for it”, you know? So, luckily, we had 7 weeks in Europe in March and April, which is the main Market for us, you know, like Germany is our second home, so we do really well there.  We managed to save a little bit of money towards the American tour, so what we earn in Europe we put in towards America.

ANTIHERO: It’s a massive gamble though to give up jobs, isn’t it? I know bands that have been in it a hell of a lot longer than you guys and they still have part-time jobs when they’re not on the road.

Mark: I mean, you know, this year’s good because we only done it now because we recently signed to a new label, Burning Heart Records, and released a new album in March. And this year we plan – we’re planning to play about 130/140 shows you know, so I’m sure this year we can survive even though, you know, Punk Rock is not a – we’re not mainstream band and it’s like we only get like a couple of hundred quid there and there, you know, so it’s like – it’s alright this year.  I don’t know what’s going to happen next year, we just sort of… we don’t worry about next year.

ANTIHERO: Do you feel the release of the latest album, Chapter IV, has marked a step up for the band in terms of getting bigger gigs, getting more tours?

Mark: I really hope so because as you know, Burning Heart, back in the 90s was a really big label, you know, had a decent name like Turbonegro and The Heights, I mean calling and that was like for us it was like, you know, we wanted to change something, change the environment you know, I mean we’re obviously still a punk band but it’s like you know, we’ve been with the same label for 8 years and we thought let’s change something and see what happens, you know.  So, it was like the new album, new label, and new career, what can I say, you know, so that’s why we call it Chapter IV, it’s another chapter. How long it’s going to last, I don’t know but at the moment we’re having fun, you know.

ANTIHERO: One thing I wanted to ask you, you have a different singer on Blood from the Stone. Who is that, as that track instantly stood out for me personally on the album?

Mark: Yeah it was our friend, she’s from Greece, she used to live in London and we invited her to sing the one verse and it was like, we didn’t plan it, when Liam wrote the song he said I’d really like to have a girl sing that verse.

ANTIHERO: It does work well.

Mark: Yeah, yeah, yeah. Fortunately, she’s like – because we wanted her on the stage at Rebellion Festival last year but she moved back to Greece.

ANTIHERO: I was going to ask you are there any plans to bring her along?

Mark: Not at the moment, but, you know, she lives in Greece, you know and just to sing one verse, you know.

ANTIHERO: Yeah money’s tight as it is.

Mark: She’s got a great voice, I really like it. We got lots of good feedback you know.

ANTIHERO: You mentioned there; also have you any other guilty musical secrets?  Maybe a first gig that you went to or a first album, you can whisper any embarrassing or anything you listen to when you’re at home that maybe you wouldn’t?

Mark: To be honest I’m a big fan of Northern Soul and probably 90% of music I listen to is Northern Soul. So, it’s been that recently and the last couple of years at least.  But I mean you know, so I’m a big fan. But Liam is completely different, he loves American music, country, Social Distortion, that sort of thing you know, we’ve got a drummer he’s into hardcore you know, Al the bass player he’s a psychedelia guy, so it’s like four completely different [perspectives].

ANTIHERO:  You are all from different influences, different countries as well.

Mark: Yeah, different countries yeah, I’m Polish, Leon’s Irish, Frank is Italian, and Al is British you know, so we got four nationalities.

ANTIHERO: What about career highs and lows? What sort of have been the peaks and low points of your career?

ANTIHERO: More so now that you guys have jacked in the full-time work as well.

Mark: Yeah.  Yeah, so but it was lots of good, lots of high points, you know, trip to Asia, trip to South America, Mexico recently you mentioned.  Brazil last year.  We’re planning to go to Brunei in December so another Asian trip. We’re going to Japan in October so there’s lots of – and we’re going back to US in September for east coast tour.  So there’s looks of stuff to look forward to you know, but like I said the worst thing is the financial thing, you know, if we play in the middle of nowhere because when you’re on tour, constantly on tour like 12 weeks in a row you’ve got to have shows in midweek, like in the middle of nowhere, you know, the small town but still you know, when we turn and there’s like 50 people we still have to do what we’ve got to do, it’s people coming.

ANTIHERO: How would you describe what you do?  Would you say it was punk, because it’s got all those other influences in that you mentioned?

Mark: I’d just say it’s punk now.  We started it as a skinhead band but obviously now with line-up changes and obviously we started writing – we started following slightly different direction, you know, like because of our music influences and like as I mentioned line-up changes, we can’t call ourselves a skinhead band anymore.  We still play all songs, crowd’s favourites and probably some early songs   anyway but musically we try, we don’t want to be…

ANTIHERO: In the one box.

Mark: Exactly put in one box.

ANTIHERO: How would you explain the enduring popularity of punk?  Why is it still here?  What 20, 30 plus years later.

Mark: Yeah.  I mean I don’t know I think punk is about being real, I think.  It brings people together, you know, from different backgrounds, different nationalities, they found the same things in common, you know, what they’ve got in common.  And yeah, I think that’s what it is and recently hopefully lots of new bands starting up, especially – I’m bit worried about UK scene to be perfectly honest because there’s not many young bands I can see forming, you know, and doing something.

ANTIHERO: Yeah, I was going to ask you regarding the support bands playing tonight do you guys pick those yourselves?

Mark: No not really.  You know before like a couple of years ago when we played like one show a month, we sort of oh so who’s going to support you, who are we going play with but now like when we do 140 shows it’s really hard to control.

ANTIHERO: Too much, yeah.

Mark: All we don’t want any racists, you know, any political thing so that’s what we tell the promoter.  We say book bands you think they suit the lineup I don’t want nothing, you know, to – any extreme bands I’m not interested to share the stage with.

Mark: Thanks for your time, hope you enjoy tonight. 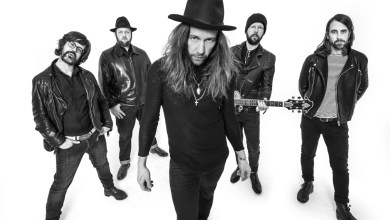 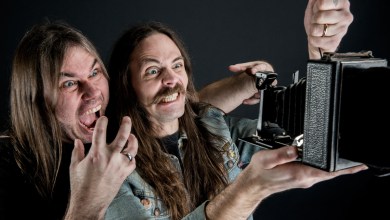 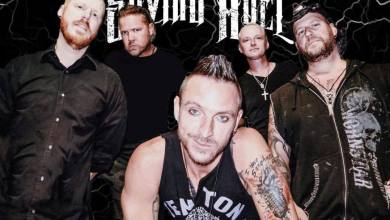 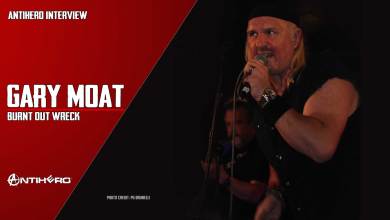