Eric Peterson took a moment to chat with Antihero Magazine’s Mike Kennedy about the tour with Slayer, new music in 2016 and much more!

Tell me about the new record, Dark Roots of Earth.

Well, it’s not really new anymore but it’s our latest record. It came out in 2012 and it’s got Gene Hoglan – “The Return of Gene Hoglan.” The last time he recorded with us was Demonic (1997). Since then, we’ve replaced Greg Christian on bass and we’ve got [Steve Di Giorgio] playing with us.

We’re working on a new one right now actually. We’re getting ready to record it right after the Slayer tour and then it will be out, probably early next summer [2016].

Right on. Do you guys have a working title on that one yet?

Have you guys toured with Slayer before?

Slayer actually was our very first show when we were supporting The Legacy – that show was with Slayer. They had just released Haunting the Chapel (EP 1984). Dave was walking around backstage on too many black beauties saying, “Chemical Warfare! Chemical Warfare!” And I was like, “What’s that?” And he’s like, “That’s our new song.” But we had four songs, and then our first show out of California, with our new record The Legacy in ’87, was with Slayer. Then we did “Clash of the Titans” with Slayer, Megadeth, and Anthrax in 1990. So, we’ve done shows pretty much through our whole career with them.

Tell me about your new lineup of Dean guitars. Is it the Dean V you’ve got?

Yeah. It’s funny, I’m the oldest endorsee there! I’ve been with them since ’97. It’s hard to believe that, not sure it would be 20 years. I was going over it with the CEO the other day, and I was there before Dean. Well, Dean left for a while, and I saw him leave and then Elliott, the new CEO, came. We put out the first guitar, which was the Old School, and basically, double meaning, it’s their old school V, this fast and airy thing. And then we have our Skull. We call it the Old Skull. That did really well. I didn’t think it was going to do over a 1000 sales on that, I was pretty surprised on that. So, we did another one. We did the sleeker one called the Hunter V, which has got some art by our artist [Eliran Kantor] who’s done the last two Testament records. I have an explorer type, called the Soul Z, which is more about the vibe of the guitar neck and the action. And then I have a new one coming out which is the same as the Old School but it’s light. That one, the specs kind of come full circle which is really spec’d off like one of the original ones from ’77 that I played there, and they kind of did all the measurements and kind of re-tempt me but it’s just a super, super awesome guitar.

I think it’s going to be a good year for us, for sure. We’re coming off a record that was pretty successful, so that’s always a good sign. I’m super stoked with the new stuff. It’s definitely a step up from Dark Roots of Earth, a lot more brutal, a lot faster, and more melodic. It’s everything that was and a little bit more. You know, Dark Roots of Earth was a great record and it still is, now that time has gone by, if I have a say…but compared to this new one – this is going to be the new stomping ground, for sure.

Well, that’s good. I’m sure the fans will all really dig that stuff, man. You know, the hardcore Testament fans.

I really, really appreciate you taking time to chat, sir. Testament‘s been a big part of my musical experience as a legacy band, and I just appreciate everything you and Chuck [Billy] have done for thrash, man. Here’s to a successful tour with Slayer and Carcass, and new music in 2016, brother. Have a good day. 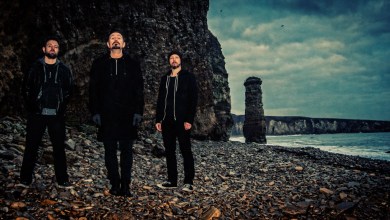 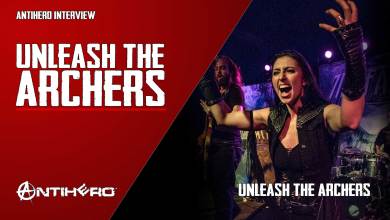 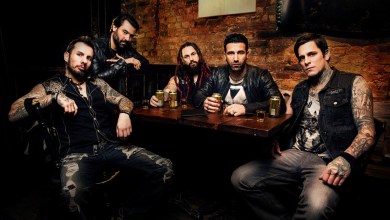 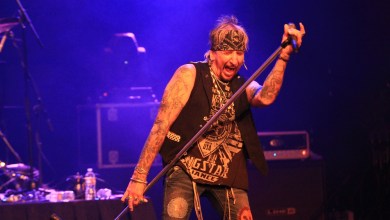