Interview with Dan Swanö of WITHERSCAPE

Antihero Magazine’s Anya Svirskaya recently had a chat with Dan Swanö, regarding his current work with Witherscape and the upcoming release of The Northern Sanctuary. Dan is a prolific songwriter, highly-regarded producer, and a seminal figure in progressive death metal, and offers some insight into his writing and recording process.

Hi, Dan it’s a real honor to get to interview you for antihero magazine. I’ve been a huge fan of your work ever since I picked up a copy of Moontower. Since then I’ve been trying to keep up with your back catalog (which is not an easy task).

First of all, how are you doing today?

I am tired. Like fuck. Just moved into a house and it’s exhausting on so many levels. And there are deadlines all over the place from albums I mix and master…so I am answering this while the computer is busy doing its calculations 🙂 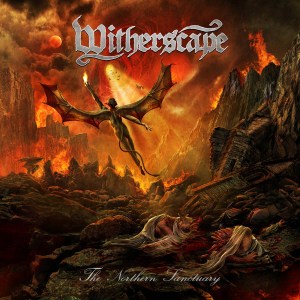 The Northern Sanctuary is just a month away from its release date on July 22. I’ve heard that the album was scheduled for a later date. Was that true? It must be exciting to have the sophomore album out soon.

Yeah. I kind of planned it to be out at the end of this year, a long time ago, but then I changed my mind and wanted it to be ready for release for the end of last year…and it now comes out somewhere in the middle of these two, once intended dates 🙂 I have lived with the album so long that I sometimes forget that it’s not even released yet! But the reactions from the press have been mind-blowing, so I am not worried at all about the reactions from the fans. I think they will love it just as much as I do 🙂

“Wake of Infinity” has been met with positive reviews many fans have said it is some of Witherscape’s best work. Compared to the previous effort do you agree?

This album is definitely better in every way, but it’s also composed to be more accessible and direct. With the first album, I wanted it to be a bit more obscure and kind of progressive in the way it was build up, but at the end of the day I still liked the few direct moments, like “Dead for a Day” and “The Math of the Myth” on it the most (and many fans with me), so I figured I would go more for that kind of stuff.

How was the writing and recording process like for you and Ragnar this time around? Did you write together, or did you share the files? Did you fly out to see him?

The writing was different this time around. I was supposed to do another type of record, but kept writing Witherscape ideas…so I told Ragz I would switch release schedules, and start writing the second Witherscape album now instead of in a year…or so…and of course, that is not the most band-friendly thing to do, but he understood and I wrote much of the album alone, and he joined in at the end with the ideas for “God of Ruin” and also some of the best moments in the title track are from his pen. The recordings of Ragz’s stuff was always done with me next to him, in Sweden. You cannot beat being in the same room, even with all the fantastic possibilities of sending stuff and even see each other through cameras and what not…you have to remember that he plays some of those riffs for the first time ever, and I expect of him to nail the ultimate take of each and every one of them…and crazy enough, he fucking does it, all the time!!

Some of the songs on the album have originated from the key boards like the “The Examiner,” for example. Your love for exploring the keys is still there. Does it ever get confusing or difficult to know where to start from when you’re writing, considering you are a multi-instrumentalist?

Just because it’s played on piano doesn’t mean that it is written on the piano! It is actually written on guitar and the piano was supposed to be kind of a sound-filler, but for some time I had accidentally muted the acoustics that started the song and I got used to the piano playing this part and the acoustics kicking in a bit later for effect. This “riff” was once the opening part of the stillborn album I should have done after being kicked out of EOS and Moontower. For some reason I could never find the first chord again that sets the whole pattern on an acoustic…and one day I just took that strange chord again and remembered how awesome that part is, and now it becomes a big building block for one of the best Witherscape tracks, some 18-19 years after it was written 😉

The Northern Sanctuary picks up where the story of The Inheritance left off. You’ve released multi-part concept album series in the past, namely the Crimson duology by Edge of Sanity and The Breathing Shadow saga by Nightingale. Do you enjoy making records with this sense of continuity? Or is it a lot more difficult create a concept record?

Concept stuff is easy. It’s really hard finding good subjects for one-song stuff. I think I spend more time just doing the research on the web for my lyrics from the last Nightingale album than I did writing all of the lyrics for the first Nightingale albums. I like to see epic music as a movie kind of thing. And usually a movie is just the one story, going through different changes…and for this album I really wanted it to be like a journey both musically and lyrically…but maybe for the next album it will be more different subjects. I will leave that up to Paul!

Is there any chance we might get to see Witherscape on stage in the future?

You’ve been mixing Insomnium’s upcoming album, Winter’s Gate. What was it like to work on a 40-minute song?

Exhausting 😉 But it is a fantastic record with so many twists and turns, and I did actually feel the ghost of Crimson lurking in there a lot of the times. Made me feel all warm and fuzzy inside 😉

Are there any plans to reissue Moontower, Edge of Sanity, and Nightingale albums on CD or Vinyl?

There is. I have been working on the masters for the Nightfall Overture and Moontower albums, for a release on Black Mark. Not sure when. But those two are in the works with cool layout and great sound 🙂

You have a very long career and extensive discography. What are some of your personal favorite moments?

Some good stuff is the new Witherscape, the Retribution album from Nightingale. I like the Moontower album still. The songs I wrote for the first Bloodbath album are all kind of cool.

Unicorn, The Collection of Worlds, Part II, especially the unreleased version with re-recorded vocals are a killer thing. I love some of the Unicorn songs from the albums too, like “Hiding Again” and “At the End of the Bridge” [from Emotional Wasteland].

Also, some demo stuff from The Weirdest of Tales rule. Edge of Sanity have some fine moments with “The Dead,” “Immortal Souls,” “Angel of Distress,” “Maze of Existence,” “Enigma,” “When All Is Said,” bits and pieces of the Crimsons are cool stuff, I like some of the stuff I wrote for “Infernal” too. “Twilight” and “Silent” are cool. “The Masque” is a hit. And “Black Tears” is important, but not really all that super as a song, but it did me a lot of good 🙂

Do you have any advice for young metal musicians?

In these times you need to think more about being “the full package,” and also have great people skills, and know how to behave on stage, etc. It’s not all about nailing those scales or fills. Touring and performances in general is the new way of making money, and if you stand like a statue on stage and just be a complete drag to be around…it doesn’t really matter how excellent you are at your instrument. It may have worked in the times when band consisted on members from 5 different countries sending stuff over the web, but these days you need to function as a band for the labels to be interested in you, so join a cover band and learn how to handle an audience, and how to rock as hard as you can at that 02:00pm starting gig. That shit you cannot practice at home.

What bands are you currently listening to?

I have listened a lot to the Kaleidoscope album from Transatlantic lately. Great stuff! Otherwise I usually have like 1300+ songs on random in my phone.

Do you have any hobbies and interests outside of music?

I like to watch series on Netflix with my wife 🙂 And travelling is also cool. This year we go to Sicily and hang out with the mob 😉

Thank you so much for your time all the best to you with this new upcoming album.

Thanks, right back at ya! 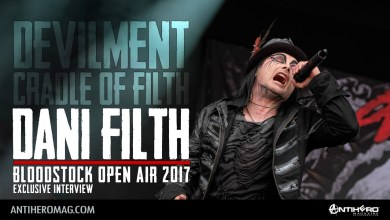 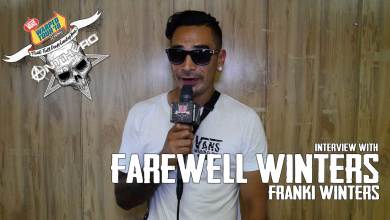 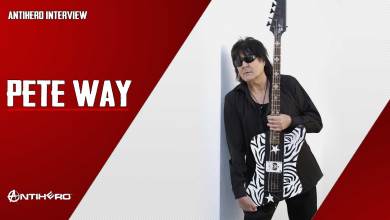 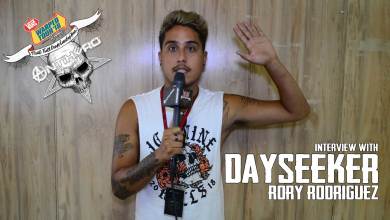