A Conversation with Chuck Garric of Beasto Blanco

“Beasto Blanco is an original band. Our concepts, our ideas, our mistakes, and our accomplishments.”

Rock bassist Chuck Garric has had a varied musical background, playing with artists as diverse as L.A. Guns and Dio. However, since 2002 he has remained a consistent presence both touring and contributing to the studio recordings of another rock legend, Alice Cooper. He has also stepped outside the musician role by owning and running his own recording studio in Studio City, California. Outside of what Chuck creates musically with Alice, he has his own band, Beasto Blanco (named bizarrely after his dog), which have been around since 2012. They have recently just released their second eponymous album. 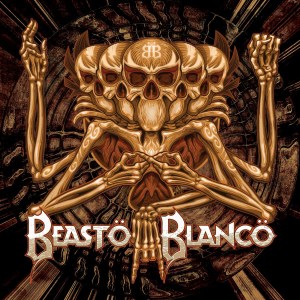 I had the opportunity to have a brief chat with Chuck while he had a rare few days off between touring legs. Initially, I had read that creatively Beasto Blanco would try to embark on a different musical path from that of Alice Cooper. However, on receiving an advance copy of the album I was rather surprised that it included a cover of an Alice Cooper song, “Feed My Frankenstein.” I suggested to Chuck that by including the track it would link rather than remove the band from Alice. I wondered what had been the reason for that song selection on the Beasto Blanco record. Chuck said that the song was one that he could feel that the spirit of Beasto Blanco could align with, and that they altered it and put their own twist on the track. Chuck explained, “That song has a specific sound that Beasto can tap into.  When we put our claws into to it we took a Beasto Blanco approach to it to make it our own. The version we did was a departure from the original – especially the duet aspect.” The Beasto Blanco version had even impressed Alice Cooper himself.

I attempted to find out what Beasto Blanco would offer Chuck in terms of artistic expression that performing in the Alice Cooper band did not fulfill. He reflected by saying, “Beasto Blanco is an original band. Our concepts, our ideas, our mistakes, and our accomplishments.” At the same time, he also paid tribute to his main employer by saying, “I’ve learned so much from Shep and Alice, and integrated it into Beasto. I continue to learn every tour, love every moment, every note, and I really dig working with them.”

Beasto Blanco are shortly due to embark on a tour with a band from Germany called Böhse Onkelz. They are a new name to me personally, and I asked Chuck if he could give me a little insight into who they are. “The Onkelz are truly a legendary band with a long history in the Germany. I’ve had the chance on this tour to really get to know the guys and listen to their music and learn about them artistically.” He stated, “they are very passionate about their music and their lyrics and they understand their audience.” Chuck went on to talk more specifically about the band’s audience. He described how the fan base are extreme in their loyalty to the band, and sing passionately to every song when performed live, both new and old material alike. He managed to establish a personal connection with Stephan Weidner from the band when they worked with producer Michael Wagner in Nashville. They had the opportunity to discuss music amongst other topics and he let Stephan listen to Beasto Blanco. Several days later Chuck received a call and they had been offered the opening slot on the Böhse Onkelz tour. Chuck explained that the tour had been a particularly incredible experience. He described it as “one of the most important and enjoyable experiences to come our way.” The tour itself he believed had benefited Beasto in making them a tighter band. He shared that “connecting with the Onkelz fans has been amazing. The fans have been very responsive, very supportive to us. Most of them did not know who we were – they didn’t know our lyrics. But, by the second chorus they are singing right along, showing their support,” and went on to state, “We couldn’t be more grateful. Thank you to Böhse Onkelz, their fans, crew and to Germany!”

Chuck had been involved in music for quite an extensive part of his life. I wondered what had caused him to embark on that career path. Had he come from a musical background? Chuck informed me that music had been around his family with a diverse range of musical styles. “My brothers and I were into Rock, and my folks were into Country. One of my classmates played drums and his brother played guitar, and all they needed was a bass player. The rest is history.” 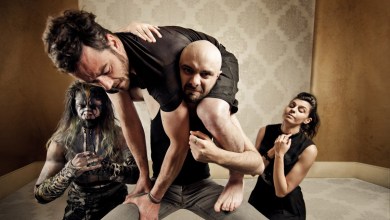 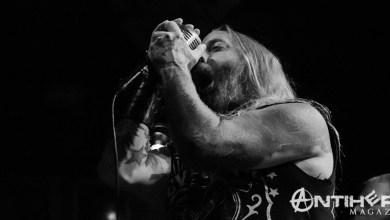 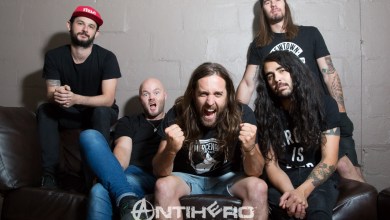 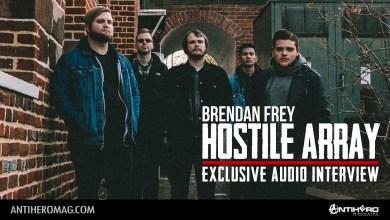