ANTIHERO: How would you describe Project Black Pantera‘s sound?

ANTIHERO: How would you define the meaning of “Project Black Pantera“? How did you come to the conclusion on naming the band that?

Charles Gama: The name Black Pantera represents so much strength that we really find the best possible name – we are 2 blacks and a mulatto playing heavy music – the name demanded to be strong besides representing the struggle of the oppressed within the music there is also prejudice. But the name goes beyond just the black’s fight – it goes on all the causes we fight daily.

ANTIHERO: Describe the songwriting process for your latest release?

Charles Gama: Chaene da Gama (Bass) and myself compose all the songs, and the process is calm for us. The people get a theme which is necessary if we speak of violence, social difference, and we write about them. It does not take more than 2 hours for a new song.

ANTIHERO: Describe the recording process? Where was it recorded, who produced and mixed it? In what ways does your latest release differ from your first release in 2015?

Charles Gama: The recording process is as simple as composing. We already have all the songs done and rehearsed, all we have to do is get in the studio and put all the ideas out. We recorded in Studio 106 of our friend and producer Ricardo Barbosa that makes the whole process since recording the mix and final mastering. Our new album is very reminiscent of the first, the difference being that we are more mature and more confident. The first was a little scary because we did not really think we would get so far, but the positive response was incredible. The new work comes full of more groove and music, faster but keeping the spirit of the first with the same punk and metal footprint.

ANTIHERO: Do you feel it’s important to step out of your comfort zone when it comes to your song writing?

Charles Gama: With certainty, and very important. I need people to understand their music, and to do so to different opinions and different points of view, so it is important to listen and talk with people so that the comfort zone is good for everyone.

ANTIHERO: What bands and/or musician influenced you the most as a band?

Charles Gama: The most obvious bands present in our sound are Rage Against The Machine, Bad Brains, Chevelle, Metallica, and Living Color.

ANTIHERO: What subjects inspire your songwriting (Politics and/or Social issues)?

Charles Gama: Politics, Social Differences, Violence, and Prejudice are a good part of the theme of our songs.

ANTIHERO: What are some of the high and low points of your career?

Charles Gama: I believe that there are ups and downs in everything you do as a band, the high point and the respect that people get from the shows that are great. And of course, you go on tour and play in several places that you never imagined playing, are several good points besides the pleasure itself. The low points are mostly about the fact that you can play for 1000 people and then the next day for 10 people. Also, the difficulty in getting support in the media that does not collaborate with rock n roll.

Charles Gama: With certainty, the evolution of each of us is visible because when we started we did not have much idea of what it would be or what each wanted in the band. Now we have the same musical vision and understanding when it comes to playing and composing.

ANTIHERO: What is your opinion of online music streaming sites such as Spotify, Pandora and Google Play Music?

Charles Gama: I believe that technological evolution benefits a lot if you know how to propagate these tools. I’m still a fan of the CD, but nowadays [the streaming sites] are the fastest tools to reach new fans. It has not changed practically anything, but there are good points – you can take your music to far places through the internet. Everything is very fast, but the record companies are discouraged by the rock, pop, and hip hop that dominate the scene. Support on streaming platforms, and making videos, after all are fast tools to spread your sound.

Charles Gama: The 5 bands that influenced me the most are Bad Brains, Faith No More, Korn, Chevelle, and Jimi Hendrix.

Charles Gama: My favorite music at the time of the show is without any doubt “Godzilla“, which has a brutal energy live!

ANTIHERO: Thank you for taking time out of your busy schedule to sit down and chatting with us. Is there anything else you would like to say?

Charles Gama: Thank you for wanting to do this chat with us, we just want to thank you immensely for the affection, and I want to leave the message that we are always here! Whoever wants to enjoy our sound it’s easy to just enter Project Black Pantera and you will find everything of the band and more! 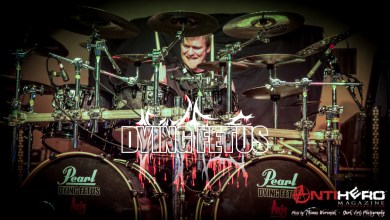 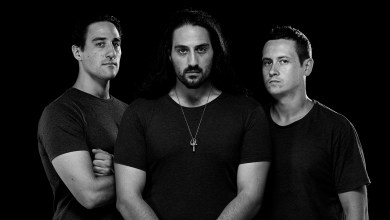 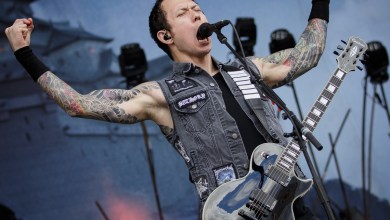 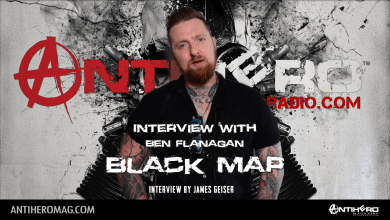