On October 7, 2017, AntiHero Magazine had the opportunity to attend Monster Energy’s Rock Allegiance in New Jersey. The event included bands like Gojira, Five Finger Death Punch, and Rob Zombie. If you missed out on this experience hit up their site for next year’s debauchery.

We had a chance to interview Biters alongside Derek from Chimera Magazine. This particular group is a different flavor, so don’t be a hater. They’re like a strawberry pistachio twist; something you have to try at least once, and once you do it’s something you wish you would have ordered sooner. The Atlanta-based band produces sounds that make you want to move. To hear for yourself, go to their website: http://www.bitersband.com/ Their music ranges from poppy, glam punk to heavy, garage rock. Biters is a band you listen to when you’re feeling good, or throwing a party.

The overall vibe of the band is properly portrayed through their songs. They’re down for having fun and often sing about the good ol’ times. They recognize their music is part of a niche market and commented on the topic during their set. We followed up with the band and they explained their point of view on rock culture, the significance of the subculture, and their personal connection to it, ending with an impromptu game of fuck, marry, or kill.

The interview was conducted at a round table topped with beer cans. They stood before us as cool as cucumbers dressed as if they were ready for their next album cover.

Derek Jones: During your performance today, you guys were the “last of a dying breed”. Who are other members of that “dying breed”?

Tuk: Let me tell ya this… This right here is currency, you can zip this through any buttcheeks, and it’s like an ATM come out. You go zip, let me get hard for a debit card, let me get change for a piece of strange. This is currency. *JOKES ASIDE*. I think dying breed means just sort of a certain personality type, a certain person that does what they want no matter what, that stays true to themselves. A lot of social networks you see fake personalities, not saying I’m the realest, coolest motherfucker, I’m just saying society is very manufactured from the way we eat our food to the way we listen to our music to the way we watch our movies. It’s that everything is set up by big corporations and I feel like the best music and the best art and the best things happen when it’s like there’s a lot of personality and there’s a lot of input put in from a person without worrying about is this gonna be cool or is this gonna sell or are people gonna like this? Some of the people I look up to, do whatever the fuck they want to all of the time and they make the best art. Like David Bowie or Kurt Cobain, do you think they ever thought what is cool? They did whatever the fuck they wanted and they didn’t kiss anybodies ass. I would love to see a little bit more of that attitude especially in rock n’ roll because that’s what you’re supposed to be like, I do whatever I want. It should be this open scene where you can be gay, you can be whatever color, you can dress however you want, you can do whatever you want and you’re accepted. That’s what attracted me to rock n’ roll. You get a bunch of Xerox copycats, it gets watered down.

Sierra Santschi: I just wanted to comment on your vibe, like when you’re playing it’s very all encompassing. It’s just fun, people want to join in and participate. So it’s really interesting; your response isn’t what I was expecting to be honest. I kinda wanted to know moreso background, like have you always been playing this style of music. If you weren’t playing this style of music, what else would you do, like what other genres of music are fascinating you as a musician?

Tuk: I’m gonna try to speak for everybody because this band, we have a lot of, everybody’s personalities are very different and we’re all our own people, but I think what attracted us all to this is we all love old school rock n’ roll and I think music, if you’re gonna be an artist of any kind, got some kind of demons or being tortured or whatever. That’s why a lot of musicians become addicted to drugs or have to go into treatment because there’s something that bothers them, whether it’s a fucked-up childhood or some kind of missing chromosome. People that carry briefcases, they’re not rockers. You’re gonna attract this element of craziness. I think we’re all attracted to rock n’ roll because there’s something a little fucked up with us. Ricky is new to the band, he’s the actually the normalist so I’m waiting to see if he’s killed anybody yet because I haven’t found any kind of personality flaws. He’s suspiciously kind of perfect. Suspiciously normal. He’s one of the best players, he never fucking complains. So I think, I don’t know what I’d be doing. We’ve all worked different types of jobs and it sucks. My heart’s just not in it, and to me, to be able to do something my heart is in, that’s winning. That’s success to me. IT’s getting harder to be a rock n’ roller or an artist now, especially if you’re trying to do something that’s outside the box, it’s harder than ever. But that’s not gonna stop, if you wanna do something bad enough from doing it I guess.

Derek Jones: What was your first profound rock n’ roll experience, either an album or a live show that you saw and you were just like ‘holy crap, this is what I want to do’?

Ricky: Yeah, to me and everybody, just listening to music and listening to records, I guess what turned me on was being isolated in my hometown in Knoxville, in east Tennessee. I mean, I was such a freak, man. There was nobody that was really into music at all, it was just all sports and everything like that and I just happened to be built like a woman. Just minus breasts and an ass. So, I guess just not fitting in with the norms and everything like that and what was kinda expected of me and what the routine thing was for a lot of people. I felt like I didn’t really have a choice, it kinda like found me because honestly it gave me something to do and because other than sitting around playing video games or something like that, it was something to be constructive and something to be proud of and a task and a skill to develop. But what really turned me on, was my first show, I saw The Offspring and The Mighty Mighty Bosstones in like the mid-90’s or something like that. I went with some friends of mine, I think I was still in elementary school. The whole crowd was going crazy and I hadn’t really been to a show ever, I saw videos on MTV, so I thought everybody was supposed to pick up trash and throw it at each other. I thought that was the cool thing to do so I was like, oh look guys a smashed water bottle right there, so I just chucked it into the audience and there was this girl who must have been in her mid-20’s or so who came up to me and just started yelling at me like, what are you doing? You’re not supposed to do that, like you’re an asshole. Like why would you ever do something like that? And I was like oh man, this is like intense. So going there and seeing that atmosphere of a live show, it was unlike anything else because I was just, you know, sports and normal bullshit of growing up, but the atmosphere of a live show as completely unique and something completely different and not something they talk about in school, not something a lot of other friends did, so to me I found something that was my own.

Matt: My mom shoplifted every fucking Guns N’ Roses release on cassette up until The Spaghetti Incident, gave them to me and said, “I think you’d like these”. I was in elementary school.

Matt: Exactly. So, I listened to it, and I was like, hey mom I do like this a lot, it’s pretty cool. And then next was Megadeath, Rest In Peace, and 2 Lynyrd Skynyrd albums and some Richard Pryor tapes also.

Tuk: My story is a little more similar to his because I grew up in the deep south and it’s religiously oppressive, people are homophobes and xenophobes. They just don’t accept anything different. So, I was born with a rebel bone, 100%. But I remember my mom used to drive around and drink Bombay Sapphire gin and tonics, big ass cups of ‘em and drive around and blast the fuck out of AC/DC and Tom Petty to break the speakers. That was her going crazy, that was my earliest memories of locking onto music, of her. And she went and saw AC/DC when she was pregnant with me, it was awesome.I think the small town vibe and rebellion, between his mom shoplifting Guns N Roses cds and mine driving around drunk listening to AC/DC and him being born with a dick but an alienesque woman’s body was fine. Joey just wanted girls and drugs.

Philip: My first experience was at an Elton John concert, but I didn’t throw any bottles at the stage or anything weird.

Sierra Santschi: Thank you guys, we super appreciate you taking the time to talk to us. I wanted to ask can you tell me (to Tuk) which one you would fuck, marry, or kill?

Tuk: I ain’t fuckin’ nobody in here. I’ll kill everybody.

Matt: Well, I’ve been sleeping with Joey for 8 years.

Matt: We haven’t fucked, but Joey I would fuck, he’s got the meatiest ass.

Tuk: I can promise it, these two would kill me because I’m the front man and of course I’m the asshole control freak. But I’ll tell you this, I’m not marrying or kissing none of ‘em, so I’ll kill them all.

Ricky: I’d probably just kill myself. Love ‘em but not in that way.

And that was it. Biters is all about embracing your uniqueness and confidently persevering. Give them a listen and be sure to follow these hilarious dudes on social media to stay updated on shows and upcoming album releases. 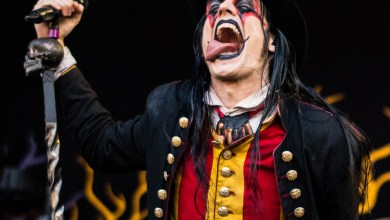 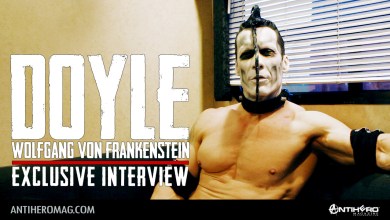 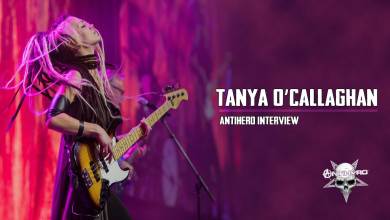 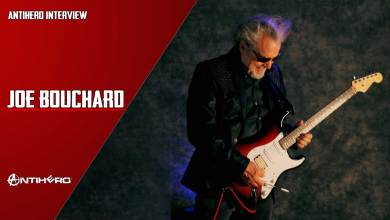