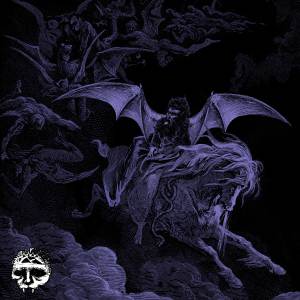 Seeing this release, I instantly connected knowing it had to be covered.  Integrity helped write the book on metallic Hardcore.  They are fronted by one Dwid Hellion, the archetype of a music lifer as this year is the band’s 30th anniversary.  I actually lived in the Philly area in 1998, and I remember hearing about Krieg from friends in the scene.  The band’s career since those early days has been solid, highlighted by some phenomenal albums.  To have these two bands together at first seemed quite odd, but after really soaking the idea in, it makes perfect sense.  Both outfits are home to forward-thinking masterminds of dark, aggressive music.  While coming from different angles, the material from each match well with the other.  These are two of the most legit acts in the underground, period.

The first four songs belong to Integrity.  “Scorched Earth” sets the intensity high out of the gate as it kicks the EP off.  The song is conjured forth from the classic alchemic formula of other Integrity bangers.  There are epic solos, monster riffs, and even tremolo picking.  Integrity is so much more than a Hardcore band.  They are one of the few bands whose heaviness stands on its own bereft of genre restrictions or trends.  Of the other three tracks, the third, “Sons of Satan,” certainly stands out.  It is perhaps the most revelatory with its classic wicked attitude ready to burst laughing one moment and split someone’s skull the next.  This band has been around since 1988 yet does not have near the following of a band like Hatebreed who probably wouldn’t exist without them.  It can be depressing at times when thinking of the cruelty of the industry, but often one can use such vitriol as fuel to burn as Integrity have.

The final three songs within were produced by seminal USBM band Krieg.  Krieg is one of those bands with songs that burn with the flame of Black Metal mixed with the honesty of Punk Rock.  The songs are a darkened look into N. Imperial/Neil Jameson’s soul, born of twisted reality and rage.  The sixth track, “This Time I’ll Leave You to Drown” contains a mysterious melancholic heart beating with the pulse of depression and despondency.  It is a quality snapshot of the current material the band is putting out.  There’s a cold plodding aspect to it in a classic Burzum sense.  Like songs such as “Dunkelheit,” this track has a dissonant catchiness to it.  With the diversity of the songwriting, one has to wonder what the songs the band rejects sound like.  The final track is the live version of “The Sick Winds Stir the Cold Dawn”.  It is nothing short of blistering.  From the very first lacerating scream, the dark violence in the music is pervasive.  Largely, the track has a mid-paced feel similar to classic Darkthrone tracks.  Hearing the focused ferocious delivery in the live setting makes me want to see the band perform even more.  One could not ask for more from a live track.

Perhaps the demonic riders on the cover tell the real story here.  The seven songs contained within this split recording do each act justice as revealed by the fact that listening causes one to want to hear more.  Hopefully, the matching of a blackened Hardcore band and a Black Metal band signals an upcoming trend.  Hearing different genres come together as such allows one to realize how similar seemingly unrelated bands can be.  Perhaps this was unintentional, but it serves the larger scene in general hopefully fostering more creativity from all in times to come. 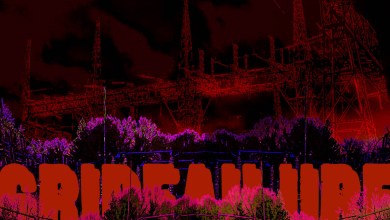 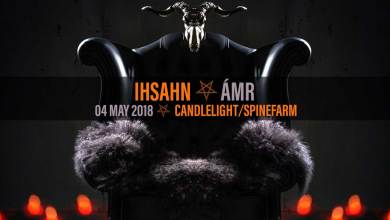