Minneapolis-born rockers, VIA, are dropping their second album on July 7th. After You Drown introduces you to a much more mature and darker side of these Minneapolis lads. Produced by Wally Neimic at F5 studios, this 11-song gem is a twisted mash-up of genre blurring tracks. The band, formed in 2013, has had the honor of playing with some of the most talented and influential bands of our time. The experience of sharing the stage with bands such as Breaking Benjamin, Alice in Chains, Candlebox, Saving Abel and Brett Michaels shines through on this second offering from VIA. After You Drown shows more of the raw underbelly of the inner workings of the band.

The opening track “In America We Lust” is a cool intro clip setting up “For the Love of Drugs”, which spotlights vocalist Jason “J” Tuthill’s phenomenal range and versatility with a grungy edge, then track #3 does a 180 and offers up a dose of good ole American cock rock with “Room 104.” “Appetite” shows versatility in song writing, with a raw and dirty feel. “Porcelain Bitch Princess” is delightfully perverted, slinky and smooth, the vocals drip with innuendo. “Get Control” is the most up-tempo song of the album with a great hook and quirky feel. “Forget It” is a lyrical gold mine with poignant soul-spearing lyrics like “tight grip on your grudge” – pure genius! “You Were Never Born” and “Escape the Blur” are both delightfully dark with masterful guitar by Eric “Evo” Vobejda. The eleventh, and final track is by far the Skullgurl’s favorite. “Acid” lures the listener in with a tantalizing bass line by Sam Stark, then vocalist “J” slowly pulls the listener into a deep, dark, anger-filled place with his gritty, grungy, almost evil vocals. This song plunges deep into the listeners soul like a ragged piece of broken glass.

That, my metal minions, is the one and only Skullgurl’s humble opinion of VIA‘s new album, When You Drown. I trust that you will not just take my word on how spectacular this album is, but that you will get your grubby little paws on a copy starting July 7. VIA will be having an album release party om July 8th at the Triple Rock Club, so if you are a Minnesota resident, get your little fanny perpendiculars to that gig! VIA will also be playing Rockfest in Cadott, Wisconsin on July 14, which is a gigantic honor! 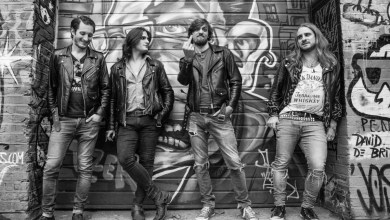 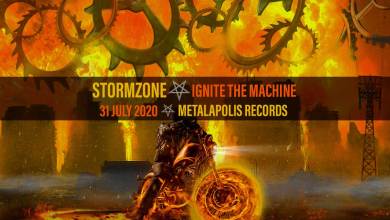 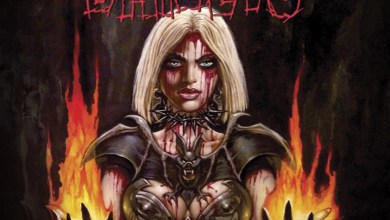