Rob Miller: I originally gave the name to the music I was writing after Amebix, as the symbol of the Tau Cross seemed to be recurring a lot in my life and independent research. It is not a religious symbol, it pre-dates established religion, yet was absorbed into religious iconography via the Egyptian Ankh symbol. As far as symbols themselves are concerned, they cannot have a definitive ‘meaning’, they are designed to meditate upon in order to gain a personal understanding of what they intend to convey.

ANTIHERO: Tell me a little about how the band was formed?

Rob Miller: After Amebix split up I had been working on some new material with a view to another Amebix album, this became the basis of the first Tau Cross album. It was initially very difficult to find anyone who would get involved with this idea until Away, Jon, and Andy all appeared at around the same time, prepared to take a look over what I had been writing and willing to convert these ideas into songs. Initially, I tried to record some demo material with Roy Mayorga but he became incredibly busy.

ANTIHERO: Who is currently in the band, and what other bands are they currently or previously in?

ANTIHERO: How would you describe the Tau Cross sound?

Andy Lefton: It’s a mixed bag, really. We all come from an extreme music background, but our individual flavors vary a bit and this is what works as an advantage to our song writing. If you took elements of punk rock, metal, goth and even some folk, you’ll get Tau Cross. That’s a vague way to put it, but as a general feel, that’s what it is. We get a lot of “sounds like Killing Joke or Motorhead”, and yes…we can see that, but it’s not our intention.

Rob Miller: We currently all contribute to the songs, using a Dropbox account to upload ideas generally. Pillar of Fire was based on the material that was appearing in our Dropbox after the first album. We had no financial resources to meet up in a studio, so we have made use of what we have at hand. 3 different countries can make songwriting together difficult. My hope is that we will all spend time together recording in the future.

Andy Lefton: There’s a lot of emotion that goes into the song writing. When I first heard the demo tracks, I wasn’t really sure what to do with it. But the more we worked together and streamlined our process and writing, it all fell right into place. Perfect chemistry, if you ask me. Our process is simple, but it also has its frustrations. I’m quite picky when it comes to producing the overall (guitar) sound, so not being in the same room to assist with mixing, etc., tends to freak me out, but overall the end result has been leaps and bounds more than I could’ve anticipated. James nails it every time! As Rob mentioned, we do plan to lay tracks as a live band in the future. For the time being, it’s a matter of getting riffs recorded via ProTools and uploading them to our online folder. It’s usually a fully written riff, or bits and pieces we all structure together.

ANTIHERO: What was the deciding factor to sign with Relapse Records over another label?

Rob Miller: No one else was interested. I approached a number of ‘underground metal’ labels of whom none were willing to take Tau Cross on board. It seemed impossible to both form a band and even get an album out, and now it has all fallen into the right place.

Andy Lefton: It really has come together nicely. Trying to keep to the DIY roots, yet have a reliable source to assist in PR, marketing, etc., has helped immensely!

Rob Miller: On Pillar of Fire I have had to adapt myself to Andy and Jon’s songwriting style and see how to hang a lyrical idea around it, so there have been challenges. Tau Cross is very familiar with stepping outside of a lot of people’s comfort zones in our music, I like to think that we have spread our music across a very broad base, hopefully difficult to tie down to one label or genre at least.

Andy Lefton: Absolutely. Coming from a long background of D-beat crust punk, it was a challenge to mold myself to the other end of the spectrum. I love it though, it helps me expand my horizons in songwriting and really experiment with melodies that are often rare to find in Crust. I have a deep interest in working with harmony and how to sonically layer this stuff up while not over complicating it.

ANTIHERO: Tell me a bit about your latest release, Pillar of Fire?

WHERE WAS IT RECORDED?

Rob Miller: Montreal, Seattle, Minneapolis and the Isle of Skye, we all contributed our parts over the internet and finally mixed on Skye.

WHO PRODUCED AND MIXED IT?

Rob Miller: James Adams, who is also playing keyboards with us now, and lives around the coast from me here on Skye.

BIGGEST CHALLENGES YOU ENCOUNTERED DURING THE RECORDING PROCESS?

Rob Miller: Continuity. Trying to keep the songs sounding strong whilst not having the luxury of being in one studio together, for James I think he had difficulties taking recordings from different locations and getting them to blend into one another seamlessly.

Andy Lefton: Definitely the building phase. Sending off tracks with specific instructions and timings to get the proper structure, etc. In the end, it all worked out perfectly!

ANTIHERO: How do you think that you have matured as a band since releasing your debut album?

Rob Miller: I think we have settled into our own style, allowing everyone the space to play what they want and as they want has defined our sound now. as for maturity, maybe we are learning to take more time in future and engage more in the creative process.

Andy Lefton: Definitely taking more time. There were elements of this where we may have been flying blind, but ultimately finding reasoning behind some of the uncertainty. We really have grown together in this process. Understanding how vital structure is when building out the vocals, streamlining guitar harmonies and communicating how drums need to be. It’s all a learning process and we’ve felt quite comfortable leaning on each other to learn and build.

ANTIHERO: Who designs the artwork for the albums?

Rob Miller: The first was by Orion Landau at Relapse which was a great image, the new one is by Costin Choireanu, who has developed his own style which suits this album very well too.

Andy Lefton: I did the band logo from a concept Rob handed to me.

ANTIHERO: When it comes to writing songs, what subjects inspire your songwriting?

Rob Miller: Ha ha, maybe Andy should answer this. For me I have a lot of strange pursuits that I like to use as metaphors for the current world situation. I am interested in the Metaphysical and Esoteric side of this life whereas Andy may be a more practical/Political kind of chap, I hope that we communicate ideas of perennial value, examining the human condition, and our interaction with other realities also.

Andy Lefton: Rob’s right, and I have also educated myself on perspective when it comes to sending a message. Things tend to get a bit stagnant in the political realm of punk, so working in Tau Cross, you get a chance to expand on what’s important on a whole other level. Telling a story and venting these views with greater meaning. The vocal content of Amebix lyrics had a much deeper meaning for me, so working with Rob on a personal level has been a great experience. Music has always been a driving and unifying force, and this is important to a world that is in desperate need of solidarity.

ANTIHERO: As a band in whole, what bands and/or musicians influence your sound?

Rob Miller: Amebix for me.

Andy Lefton: All my life I’ve listened to hardcore and punk, so that’s driven me to where I am now. A lot of UK Crust and Peace punk has influenced my playing.

ANTIHERO: At what time did you become interested in swords and sword making? Do you also sell your swords? If so, where can one view and purchase your swords?

I disappeared to this island 26 years ago and decided to close off all communication with the ‘old world’. I became interested in Mythology and Psychology as well as some Occult subjects. I wanted to learn how to make a sword in the modern day, and what that would mean psychologically too. It was a continuation of my work in Amebix in a real sense, Empowerment and Will.

ANTIHERO: What are the plans for the remainder of 2017?

Rob Miller: We will tour Scandinavia and Europe in August, after which we may look at collecting together more ideas, with a view to spending a lot more time together.

Andy Lefton: Jumping on this Scandi/Euro tour and then coming home and continue to write riffs. What else is there? 🙂

Andy Lefton: Thanks for taking the time to interview us. This journey with Tau Cross has been an absolute whirlwind and an amazing adventure. We look forward to continuing to write, play and tour when time permits. 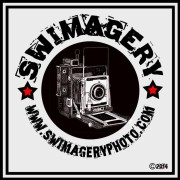 Interview: A Conversation with Ryan Kirby of FIT FOR A KING