At Discovery Park In Sacramento, CA

Monster Energy Aftershock is the final event of the Fall For All festival series, created by Danny Wimmer Presents, which kicks off this weekend (September 30 & October 1) at Louder Than Life in Louisville, KY.

Band performance times for Monster Energy Aftershock are as follows: 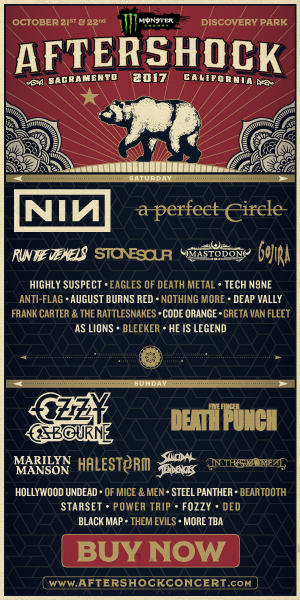 In addition to music, Monster Energy Aftershock offers many onsite experiences, including artist signings at the Monster Energy Experience, along with beverage sampling and prime viewing from the Monster Energy viewing deck. Fans can get the full VIP treatment at the Thunder Valley Casino Resort VIP Lounge, participate in some rock ‘n’ roll philanthropy at Take Me Home animal rescue and Fxck Cancer / Dyin 2 Live, and check out activations from Coors Light and Heavy Grass. Other highlights include:

Caduceus Wine Garden: This wine garden will highlight Caduceus Cellars and Merkin Vineyards, owned by Arizona resident Maynard James Keenan, co-founder of international recording acts TOOL, A Perfect Circle, and PUSCIFER. Having already dove headfirst into this venture, Maynard found out from a distant relative that wine making is in his blood. His Great Grandfather, “Spirito” Marzo, had vineyards and made wine in Venaus, Italy, just North of Turino in Piemonte.

The Music Experience: The Music Experience features all the elements that are involved in making music in a professional band setting. The interactive exhibit features guitars, basses, amps, drums, keyboards, and electronic gear that are used by today’s most popular bands. After laying your hands on the hottest equipment available, you will walk away feeling like a rock star and you may even see one there, too! Come and meet your favorite band members from the festival at the Music Experience Tent. You can win free amps, free guitars and get tons of other free stuff, as well.

Weekend and single day tickets for Monster Energy Aftershock, as well as General Admission ticket 4-packs, are on sale now at www.aftershockconcert.com. VIP ticket packages are sold out. A limited number of VIP and GA hotel packages are still available while supplies last. Discounted hotel rates are also available through Curadora. Visit aftershockconcert.com for details.

Monster Energy Aftershock is again offering a Park & Ride shuttle program, as parking at Discovery Park is extremely limited. Each Park & Ride ticket includes parking at Sleep Train Arena and a non-stop shuttle directly to the festival site. Festivalgoers are encouraged to carpool to Sleep Train Arena and save. A very limited number of premium parking spots in the Natomas Corporate Center lot directly across from Discovery Park are available for purchase. For all pricing and more details, visit http://aftershockconcert.com/parking-shuttles/.

For more on Fall For All, visit: www.TheFallForAll.com. 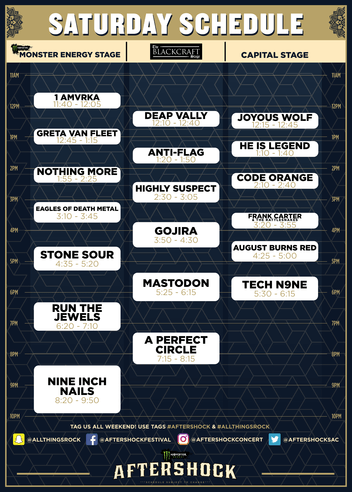 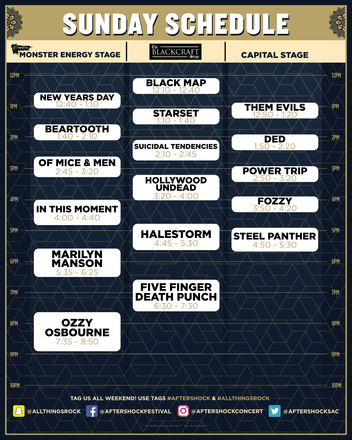 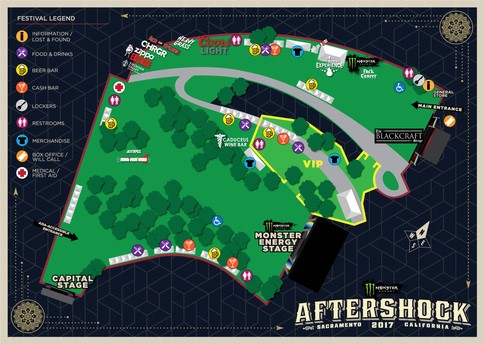 About Danny Wimmer Presents: Since 1993, music industry veteran Danny Wimmer has been producing concerts and festivals, both large and small. In 2011, he formed Danny Wimmer Presents, which now produces several of the largest rock and alternative festivals in the U.S. By combining A-list talent with local cuisine and culture, DWP has become recognized within the industry for delivering the highest-quality entertainment experiences to fans, artists, sponsors, partners and host cities. DWP creates memorable and all-encompassing festival experiences, leaving both consumers and partners with lasting and meaningful impressions. DWP will continue to add new music festivals to its already stellar portfolio, which includes Rock On The Range, Monster Energy Aftershock, Monster Energy Welcome To Rockville, Monster Energy Carolina Rebellion, Louder Than Life, Chicago Open Air and Monster Energy Rock Allegiance, Bourbon & Beyond, among others.

About Monster Energy: Most companies spend their money on ad agencies, TV commercials, radio spots and billboards to tell you how good their products are. At Monster Energy, we chose none of the above. Instead we support the scene, our bands, our athletes and our fans. We back athletes so they can make a career out of their passion. We promote concert tours, so our favorite bands can visit your hometown. We celebrate with our fans and riders by throwing parties and making the coolest events we can think of a reality. 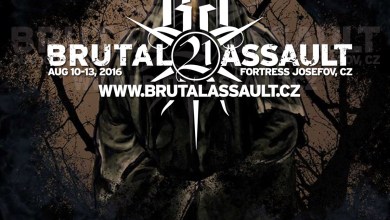 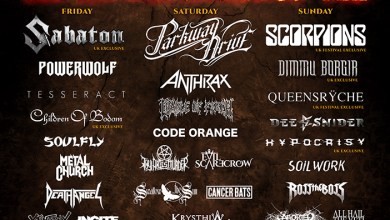 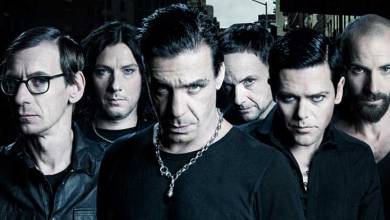 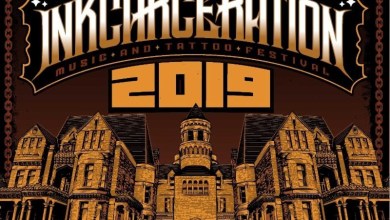