With just a month to go, BLOODSTOCK has chosen the last of its New Blood bands, added some more to the Jagermeister stage, revamped entertainment both after hours on the Sophie Lancaster & New Blood stages and in VIP too, bought a Hawaiian shirt ready for Cannibal Corpse, and is still working on a few final tricks!

A limited amount of adult day tickets remain available priced £65 (+ booking fee) and child day tickets at £20 (+ bkg fee) over at http://bloodstock.seetickets.com.  You can still also pick up four-day ‘weekend tickets with camping’ for £145 (+ bkg fee), with children’s weekend tickets only £35 (+ bkg fee).  Kids under 4 years go free! Weekend tickets are selling faster than ever and just like last year, are looking likely to sell out in advance, so don’t delay if you want to guarantee entry to the UK’s best metal weekender!

Without further ado, here’s the final batch of results from BLOODSTOCK’s top talent-seeking Metal 2 The Masses finals!  Added to the New Blood stage on Friday, are Northants victors GARSHKOTT (www.facebook.com/Garshkott), a five piece groove/speed metal band who love Pantera, Lamb of God, KsE, and a bit of Parkway Drive. Joining them are Lincs winners SERTRALINE (www.facebook.com/WeAreSertraline), who are all about  crunchy riffs, colossal grooves and huge on-stage energy, plus death metal Bristol champions BODY HARVEST (www.facebook.com/BodyHarvest.Official).  And finally for Friday’s New Blood, Birmingham’s top dogs TRIVAX (www.facebook.com/trivaxband) join the bill, an interesting black/death metal project originally formed in Iran, before frontman Shayan moved to Birmingham and updated the line-up in pursuit of non-restrictive live shows and the metal lifestyle we all love.

Two more bands join the New Blood family on Sunday.  Smashing first place in the Oxford final, IMMINENT ANNIHILATION (www.facebook.com/ImminentAnnihilation) promise to bring some face-melting riffs of the heavy and metal kind.  Last but certainly not least, kings of London’s competition DEAD BEFORE MOURNING (www.facebook.com/metalDBM) might just be your new favourite thing, if you’re a fan of Megadeth, Suicidal Tendencies, or Exodus.

BLOODSTOCK also recently revealed their brand new entertainment plans for the Sophie Lancaster stage after the bands finish.  The big top tent will transition into ‘The Lock In’, a fully immersive club night presented by Old Blue Last Beer and hosted by comedian Andrew O’Neill.  Each night features a different DJ, celebrating a decade of metal! Thursday sees DJ Krusher unearthing tracks from the ‘70s, Friday rocks out to the ‘80s with The Dark Lord Alexander Milas, on Saturday, everyone’s favourite metal encyclopedia Dom Lawson brings you the best of the ‘90s, and Metal Hammer editor Merlin Alderslade rounds out Sunday’s fun with top tunes from the ‘00s.  Not only that, there’s world record attempts, games, prizes, a giant can sculpture(!) and plenty more. Nabbed yourself a VIP ticket? Head over to the BLOODSTOCK VIP Facebook page at www.facebook.com/BloodstockVIP to see full details of this year’s exclusive entertainment.  And if you want to have your say in which movies should be screened each night at the New Blood stage after the bands end, cast your vote at: https://www.facebook.com/events/215185702446013/.

If you missed out last month, BLOODSTOCK’s cranking up the fun with their remaining club nights for July!  Don’t miss a great night out at one of the clubs below for the chance to win weekend tickets, associated prizes, and hear blistering tracks from BLOODSTOCK bands, old and new.

Want to meet like-minded metalheads who’re going to BLOODSTOCK? Got tips to share, want a camping buddy, or just to chat about bands?  Maybe you want to find out if you’re not the only one taking a Hawaiian shirt for Cannibal Corpse’s set (https://youtu.be/8dM_TN7I5m8)!!  Join these fan-run Facebook groups – Bloodstock Metal Forum 666 at www.facebook.com/groups/bmf666/ and/or the BLOODSTOCK Camp Loners & Newbies at www.facebook.com/groups/171715506329753/.

BLOODSTOCK will take place at Catton Park, Derbyshire on 9th-12th August 2018.  Get additional information at www.bloodstock.uk.com. 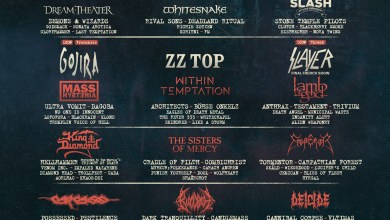 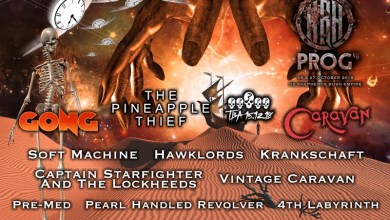 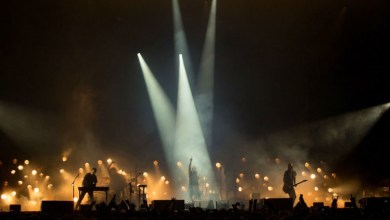 Louder Than Life Expands To Three-Day Festival In 2018 With Nine Inch Nails And More Taking Over Louisville, September 28-30 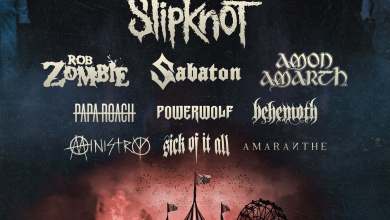