The Wait Is Over:

For The Debut Of

Epicenter Festival – a new 3-day destination music experience from premier independent U.S. music festival producer Danny Wimmer Presents – brings a massive music lineup to its 2019 debut, with over 65 music artists performing on four stages, led by Foo Fighters, Tool, and Korn. The inaugural festival takes place in the heart of the Mid-Atlantic region, at the newly created Rockingham Festival Grounds in Richmond County, North Carolina on Friday, May 10, Saturday, May 11 and Sunday, May 12, 2019.

Epicenter will also feature sets from Rob Zombie, Judas Priest, Bring Me The Horizon, The Prodigy, The Cult, 311, Evanescence, Bush, +Live+ and dozens more. The expansive Rockingham Festival Grounds, being developed in coordination with Rockingham Dragway, The Rock (Rockingham Speedway), and other local landowners, promise nonstop entertainment, extensive camping options, and no curfew.

The members of Korn explain, “There are many defining moments that dramatically mark a band’s history, and one such moment in time happened in North Carolina with Korn. NC holds a special place in Korn’s heart, as we unexpectedly reunited with our old friend Head. It’s been a great 6+ years with Head back in Korn and we look forward to rocking NC again with Foo Fighters, Tool, and many other great bands.”

Bring Me The Horizon frontman Oli Sykes says, “We’re very excited to be playing next year’s Epicenter Festival in Rockingham. It’s a privilege to be sharing a stage alongside some of our favourite acts, and to be back in North Carolina.”

The daily music lineup for Epicenter Festival is as follows (subject to change):

Initial ticket prices for Epicenter Festival will be as follows:

Camping at Epicenter will let patrons keep the rock n’ roll party going all through the weekend and will set this festival apart from other U.S. rock shows. Camping spots are connected to the festival grounds and include perks like access to showers, portable restrooms, food and drink vendors, charging stations, information and medical services, as well as a Thursday night pre-show party. Campers will also have late night access to Rockingham Village, an impressive promenade featuring food, drinks, merch shopping, entertainment, art and activities until 2:00 AM daily. Rockingham Village will be conveniently located immediately in front of the venue, adjacent to the North Premium campgrounds. Camping options will include immersive, Premium Spaces on the North Side of the site as well as free options in the South Side campgrounds.

Rockingham Village at Epicenter will be open for extended hours to allow fans to eat, drink, shop and see performing artists before and after the main event. Featured vendors will include festival merchandise, artist merchandise, lockers for rent, lifestyle shopping booths, a full General Store, coffee shop, craft beer at Headbangers Beer Bar, Caduceus wine bar, breakfast vendors for campers, as well as late night food served after the main venue closes. The Village will also have a stage featuring cover bands and Hellzapoppin Circus SideShow performances throughout the weekend.

Festival producer Danny Wimmer notes, “The creation of the ‘Epicenter of rock n’ roll’ in the heart of North Carolina gives us the ability to expand on the festival experience with enhanced camping amenities, nighttime entertainment with no curfew, and expanded food and beverage offerings, all highlighted by a massive music lineup covering the spectrum of rock, metal and alternative rock music.”

Danny Hayes, CEO of Danny Wimmer Presents, explains the development of the Rockingham Festival Grounds: “We have a long-term arrangement with all of the property owners: The Rock (Rockingham Speedway), Richmond County, Rockingham Dragway and other local land owners. We’re working together to define the long-term vision for the festival area. For 2019, the primary festival grounds will be in a grassy area connected to the Rockingham Dragway. The area across the street surrounding The Rock (Speedway) will be utilized for patron parking and camping.”

Fxck Cancer x Dyin 2 Live Dreams Program: Fxck Cancer’s mission is to fight cancer by raising awareness and education about early cancer detection and prevention, ultimately putting an end to late-stage cancer diagnosis. Through the Dyin 2 Live Dreams program, they look to enrich the lives of those fighting cancer by offering them a VIP experience that they hope will bring joy, inspiration, and courage. In doing this, they hope to help give the cancer fighter a chance to forget, even if it’s only for a day, what they are going through. For more information please visit, www.fxckcancer.org. Fxck Cancer and Dyin 2 Live Dreams are programs of the F C Cancer Foundation, a 501c3 nonprofit organization. #TogetherWeFight #FxckCancer

f.y.e.: f.y.e. will be hosting the ultimate fan and artist interactive experiences throughout the festival. f.y.e.  is the only place at the festival to get all your favorite band’s music – and maybe even get to meet your favorite Epicenter performer! Check back for updates on artist meet and greet and autograph signing sessions.

Epicenter Festival is produced by Los Angeles-based Danny Wimmer Presents, one of the largest independent producers of destination rock music festivals in America. DWP events include Aftershock Festival, Bourbon & Beyond, Chicago Open Air, Epicenter Festival, Hometown Rising, Louder Than Life, Sonic Temple Art + Music Festival, and Welcome To Rockville. They’re also the co-creators of Rock On The Range, America’s largest and most acclaimed rock festival, which celebrated its 12th and final year in 2018 with 140,000 in attendance; Carolina Rebellion, which wrapped in 2018 after 8 record-breaking years, including over 100,000 in attendance multiple years at the annual event; and Northern Invasion, which had 50,000 in attendance for its fourth year in 2018. 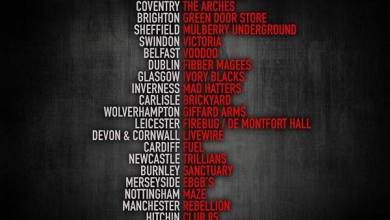 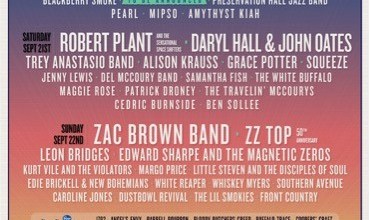 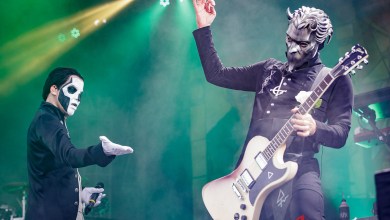 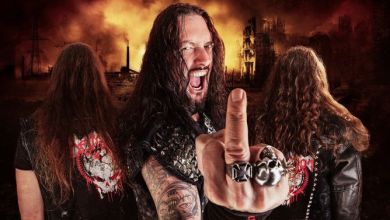