If you tuned into Planet Rock Radio this morning, you’ll have been amongst the first to hear BLOODSTOCK’s hotly-anticipated news, revealing the final two Ronnie James Dio main stage headliners for 2020’s event. DEVIN TOWNSEND was announced as Friday night’s headliner last month. Without further ado…

Metal legends JUDAS PRIEST will headline Sunday night. In a year when BLOODSTOCK celebrates 20 years, we can think of no better place to also celebrate JUDAS PRIEST’s 50 Heavy Metal Years!  The Grammy Award-winning British icons were recently nominated again for the Rock & Roll Hall Of Fame and to date have sold over 50 million albums. Their latest release, 2018’s ‘Firepower’, saw the band return all guns blazing, earning the accolade Best British Album at the Planet Rock Awards. JUDAS PRIEST enthuse, “Horns up BLOODSTOCK – the PRIEST is back to headline the 20th year of BLOODSTOCK with our 50 Heavy Metal Years anniversary show!! A double barrel, once in a lifetime, blast of metal mania 2020….!!”  You can watch a special message from the inimitable Rob Halford at: https://youtu.be/2VJIsrJf_Mc.

The mighty BEHEMOTH are set to headline Saturday in a UK festival exclusive for 2020. Having wowed fans across the globe with their phenomenal set on both Slayer’s final US tour and Slipknot’s current Knotfest Roadshow, the Polish metal heavyweights will be upping the stakes by bringing their biggest and best production to date.  Don’t miss the spectacle of them closing out the Ronnie James Dio main stage on Saturday night! Charismatic frontman Nergal tells us, “BLOODSTOCK! The hallowed lands of Catton Park will once again host our Fiendish Festivities. This is BEHEMOTH’s first UK festival headline and that will be celebrated in the only way we know how; Hell will be raised, blood will be shed, and magick will descend! We shall see you there Legions!”  Hear it straight from BEHEMOTH themselves at: https://youtu.be/oe_1eQyZpXY.

BLOODSTOCK will be headlined on Friday by DEVIN TOWNSEND and also welcomes PHILIP H. ANSELMO & THE ILLEGALS, SKINDRED, PARADISE LOST, LIFE OF AGONY,BLACK DAHLIA MURDER, DIAMOND HEAD, JINJER, VIO-LENCE,SACRED REICH, GLORYHAMMER, DARK TRANQUILITY, and BUTCHER BABIES so far. Many more bands performing over the weekend will be announced in due course. 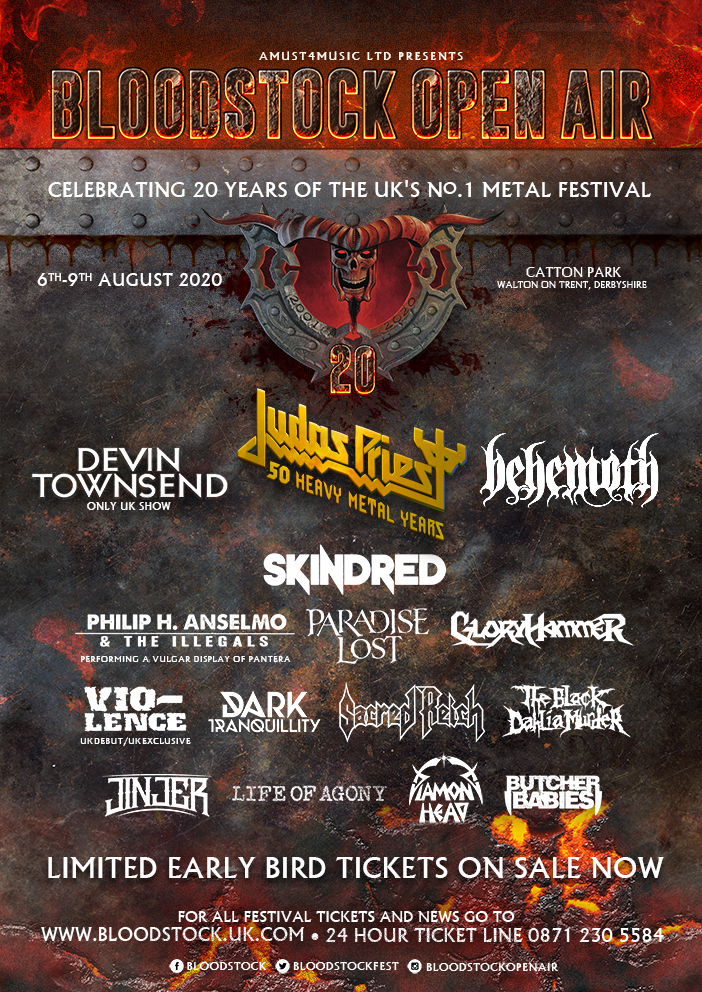 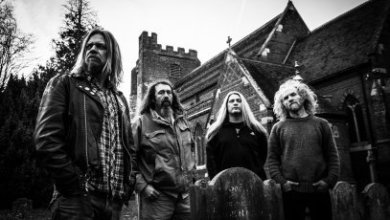 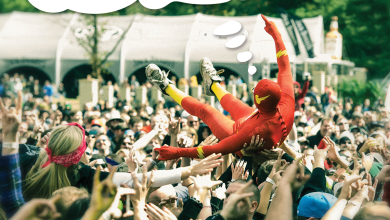 Get No Service Fee Tickets to LOUDER THAN LIFE Festival NOW Until July 4th at 11:59pm EST 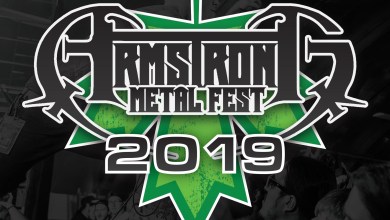