St. Louis metal outfit BLACK FAST will enter Mana Studios in St. Petersburg, FL this week with veteran producer Erik Rutan to begin work on their debut LP for eOne Music. Known for his work with HATE ETERNAL, SIX FEET UNDER, GOATWHORE and CANNIBAL CORPSE, Rutan was an easy choice for the band. “We can’t wait to work with Erik Rutan! Erik is a legend.” says front man Aaron Akin. “Excited doesn’t even do justice to the mind frame we are in. I’ve followed his work for over a decade, and he’s been at it for way longer than that. I mean, it’s f***ing Erik Rutan!”

“I am very excited to work with Black Fast,” Rutan says himself. “They have a very unique style with a ton of energy, creativity, and a certain aggressiveness and fire rarely seen in this day and age of music.” Creating a modern twist on the energetic riffs of metal’s glory days, BLACK FAST harness the spirit of their metal forefathers, whether exploring hand-cramp-inducing riffs or blazing through straightforward thrash. BLACK FAST songs have a hungry ferocity reminiscent of the Bay Area thrash scene, the likes of which haven’t been this raw or hyper-charged in decades. “From the moment I first heard them I knew that we would be a great pairing in making a massive album. Their potential is limitless and their originality and creativity shows no boundaries. I look forward to bringing out the best of them in their performances and helping craft a masterful record!”

BLACK FAST recently announced their record deal with eOne Music and plan on releasing the effort later this year. The yet to be titled LP will be the band’s followup to their highly buzzed about self-released Starving Out The Light. As seen on the “Unsigned and Unholy” Metalsucks feature, BLACK FAST has a short but concentrated history. Started in 2010 by fellow music students Aaron Akin, Trevor Johanson, Ryan Thompson and Ross Burnett, the band has bulldozed on an upward trajectory ever since. Their soundtrack to society’s collapse is relentless. Possessed by unbridled energy and a palpable desperation, the band has a fierce vitality that will not go unnoticed.

Akin concludes, “We are very grateful for the opportunity and hungry to get down to business and make the album we’ve always dreamed of making. Expect the type of bombardment not seen since the Hadean, only hotter! We can’t wait to see you all on the road!” 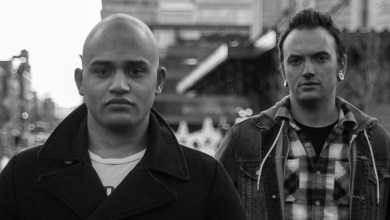 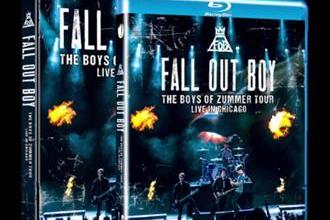