Michigan born and Ohio based rock quartet Inner Circle Avenue has a new music video for their single “Goin’ Nowhere Fast.” While not a “new” song, it’s off of their 2016 debut EP Greetings From the Inner Circle, the track has a fresh feel. Hopefully we’ll see more from this talented young group soon!

The song, “Goin’ Nowhere Fast”, illustrates young souls looking for a sense of belonging in a confusing and tumultuous world. The fruits of your labor combined with life’s passions far too often fall short of expectations. Clouded by a sense of pure determination, one could become misguided. However, youthful ambitions triumph over a repressed society. Through the song, “Goin’ Nowhere Fast”, we have acknowledged our inner struggles and overcome them through an overwhelming sense of family and friendship.

Inner Circle Avenue is a 4-piece, high-energy rock band comprised of three siblings (two brothers and one sister), hailing from the small town of Blissfield, Michigan. With an additional friend brought in to complete the band, the overall sense of family, camaraderie and passion for rock and roll is truly unleashed through Inner Circle Avenue. From rock ballads to fast, heavy-hitting anthems and everything in-between, the band aims to bring music that listeners can truly connect with. Both through their music and electric, onstage presence, the band always brings a crowd together for a one-of-a-kind experience during every live performance. Inner Circle Avenue has released one 6-song EP and is currently finishing demos for a full-length album.

Inner Circle Avenue has always pursued opportunities to give back to the community through charity shows. These shows have raised money for benefits such as: CS Mott Children’s Hospital, battling childhood cancer, Assistant Dogs for Achieving Independence, Andover Apartment Fire Benefit and The Beach House, which provides monetary funding and housing for battered women and children.

Inner Circle Avenue has been featured multiple times in two separate local papers called The Blissfield Advance and the Adrian Telegram. These articles discussed the overall development of the band. The band is also working with a local television network through Buckeye Cable in Toledo, Ohio to film a two-episode documentary on the band for a featured show titled Rise Up. The documentary will reflect the creative/recording process of the band’s new album. Owens Community College Radio has also interviewed Inner Circle Avenue to discuss the band’s musical influences and formation. This radio station features the band’s music on the regular rotation. Inner Circle Avenue has also been interviewed and featured on other local radio stations in the Toledo area as well as WTOL Channel 11 News. 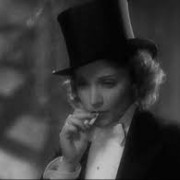