Honestly (pun intended), album “reviews” that go on and on gushing how great it is drives me nuts. If you’ve read any of my other pieces HERE, you know I tell it like it is, from my perspective… whether you agree or disagree. Nothing is perfect, and everything is subjective of course. But that said; Michael Sweet’s seventh (you read that right… seventh) solo album titled One Side War on Rat Pack Records, forces me to sing its praises because it really is that good. It’s exceptional as a matter of fact. If you’re into classic hard rock/metal music with blistering guitars, soaring vocals, meaningful lyrics, pounding rhythms, and heavy melody… then this album is for you.

Few artists in music, no matter the genre, are as prolific as Michael Sweet. Best known as the lead singer, guitarist, and chief songwriter of the multi-platinum band Stryper, Michael Sweet is virtually nonstop in his output of solo albums, new Stryper albums, and collaboration projects. In the past three years alone, Michael has released two solo albums, two Stryper albums, and his collaboration album, Sweet & Lynch, with George Lynch (Dokken, Lynch Mob). I don’t know of another artist, individual or band, pumping out five album’s worth of quality material in such a short span of time.

It’s obvious from the first few bars of One Sided War that we’re being set up for an album that’s special, and really stands out from his last solo album, 2014’s I’m Not Your Suicide. That is a decent album, but to my ears, this one is a cut above on three levels: 1) songwriting, 2) production quality, and 3) instrumentation. For One Sided War, Michael recruited a powerhouse band of excellent musicians including Joel Hoekstra (Whitesnake, Night Ranger, TSO) – guitar on “Radio,” “One Way Up,” and “Who Am I,” newcomer Ethan Brosh (Angels of Babylon) – guitar on “Bizarre” and “Golden Age,” and Will Hunt (Evanescense, Black Label Society) – drums, and John O’Boyle (Tom Ingram Band) – bass guitar, on all tracks. One Sided War is definitely Michael’s heaviest solo album to date, and his best solo album period.

On One Sided War, Michael made the decision to bring in other guitar players to do solos on select tracks to consciously move away from the familiar Stryper sound, which I found very commendable and smart. As would be expected, the guitars on this album sound fantastic from both a playing and production standpoint, as do the exceptional bass and drum grooves. Michael’s longtime engineer, Danny Bernini deserves a shout out here as well for making this album really pop sonically. I’ve broken the album’s tracks down into three categories:
[list style=”music”] [li]The straight ahead, metal-head songs like the opening track “Bizarre,” “Can’t Take This Life” (which has two versions on this album, one featuring a duet with newcomer Moriah Formica), “Golden Age” (which would have been right at home on Stryper’s In God We Trust album), and “Comfort Zone” are uptempo barn-burners that’ll split your noggin while not losing the instrumental and production nuances to keep you coming back to them.[/li] [li]The more melodic hard-rocking and riff-heavy tunes like the title track “One Sided War,” the first single “Radio” (with its catchy chorus and tongue-in-cheek crack at rockers turned Country artists set against a hard rock back drop), “You Make Me Wanna,” “One Way Up” (a bit of a departure with a decidedly Country sound and sing-along chorus), “Only You,” and “I Am” (with a “sweet” Holy Diver/Dio-flavored feel), to satisfy those like me, who like their “heavy melody.”[/li] [li]And for those who enjoy the slower, dare I say softer fare, the power ballad-esque track “Who Am I” (few artists have the knack for writing ballads like Michael Sweet), might just contain the strongest melodic movements on the album. It has hooks for miles, and strong lyrics that can crossover depending on who’s listening.[/li] [/list] One Sided War sparked me to go back and revisit Michael’s previous solo records that I hadn’t heard in some time. I’m glad I did. I forgot just how great and diverse so much of his solo material is. I always laugh/cringe when I hear Stryper, therefore Michael’s music, sometimes dismissed by critics because of the “Christian” message. Regardless of what one’s spiritual convictions are or are not, you don’t need faith to recognize that Michael is one of the most consistent and accomplished rock artists out there for over 30 years now. He happens to write and sing about what he believes in, what’s important to him, and how he sees his world. Isn’t that what we all do within our various vehicles of expression? These critics’ joking dismissals have always been the real joke. Michael’s lyrics are typically very uplifting and full of light, and in a world so full of dark, this is a welcome contrast to many listeners. Check out my interview with Michael Sweet HERE.

Do yourself a favor and check out Michael Sweet’s solo music… it’s often been overlooked, sometimes underrated, but definitely top of the line musically and lyrically. I’d recommend starting with One Sided War out now… 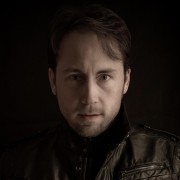 Concert Review: THY ART IS MURDER at the Granada Theater in Lawrence, Kansas